You are at:Home»Current in Carmel»Carmel Community»Former Carmel High School football coach Fiedler remembered for impact on, off field

In life, there are those who leave a positive imprint on every life they touch.

Fiedler, a Noblesville resident who died at age 66 June 9 after a short battle with thyroid cancer, spent 31 years as a CHS football coach, including the final eight as head coach. 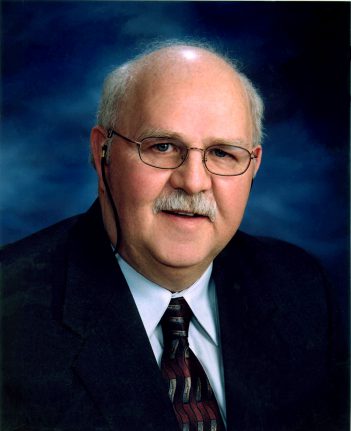 “He looked after his assistants and players the way a parent does with his children,” Hebert said. “You always knew where you stood with him. He forgave generously, laughed, and sometimes cried with everyone watching, and we learned more about how to be a complete and loving person. To all of us that played for, coached with, or really knew Keith, our lives are better because of it.”

Fiedler began his career as a CHS assistant in 1974, eventually becoming defensive coordinator in 1985. He served as head coach from 1997 through 2004. He retired as a teacher in 2013.

“He was as good as it got as far as defensive coordinators go, back in the ‘80s and ‘90s,” Hebert said. “He was a real craftsman for deciding schemes and teaching them to the players. I became an assistant shortly after Keith was named head coach.”

Carmel Dads’ Club president Jack Beery, who played and coached alongside and under Fiedler, said Fiedler was one of the best defensive minds ever in Indiana high school football.

“He had tremendous relationships with his players,” Beery said. “Kids that played for him took on his personality and played with toughness, energy and intelligence. Fieds had a big heart. He was a players’ coach and the kids played hard for him.”

Beery said Fiedler was always willing to help other coaches around the state and was a friend to many.

Dick Dullaghan, then the Carmel coach, had recruited Fiedler to his staff. Fiedler was recommended by his Franklin College coach, Red Faught.

“He was a great classroom teacher (in science),” Dullaghan said. “His attention to detail was outstanding for a young coach. He really knew how to coach defensive backs. It was a marriage made in heaven. We were blessed to have him in our program.”

But Dullaghan saw the impact beyond the football field he had.

“He was a great person and a good family man,” Dullaghan said.

Fiedler leaves behind his wife, Jan, daughter, Logan Bennett (Michael), son, Derek (Rachel) and granddaughter, Cameron. He is survived by his mother, Loretta Unsicker (Ted) and brothers, Rick (Joyce) and Kevin (Angie).  He was the son of the late Kenneth Fiedler and brother of the late Mike Fiedler.

His celebration of life will be held from 10 a.m. to noon and 1 to 4 p.m. June 23 at Lord of Life Lutheran Church in Westfield.