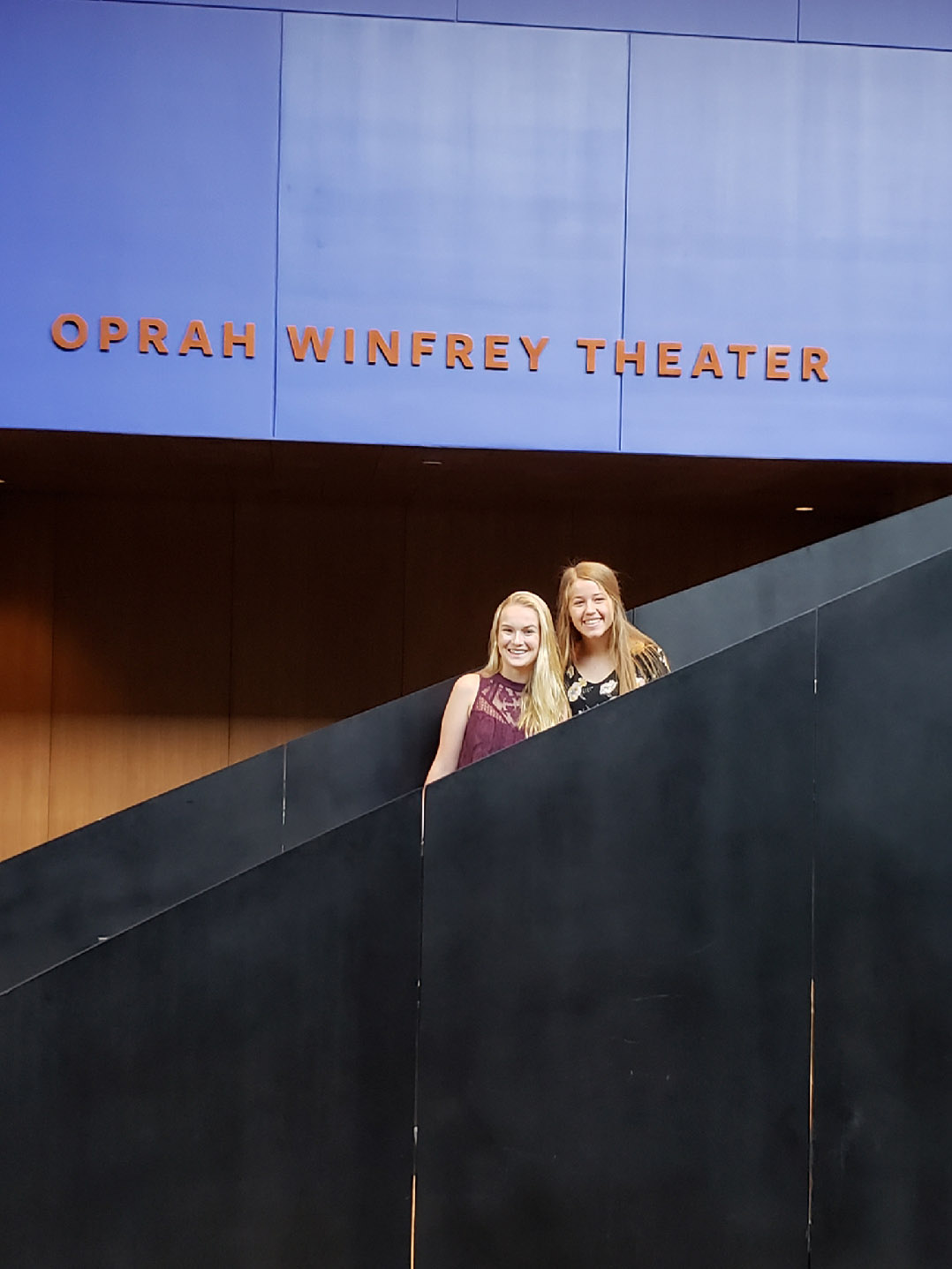 Iris Jordan and Annadel Benedict at the Oprah Winfrey Theater inside the National Museum of African American History and Culture in Washington, D.C., where their documentary was shown. (submitted photo)

The film by Annadel Benedict and Iris Jordan was chosen, along with 49 other student documentaries, to be shown at the Oprah Winfrey Theater at the National Museum of African American History and Culture in Washington, D.C. 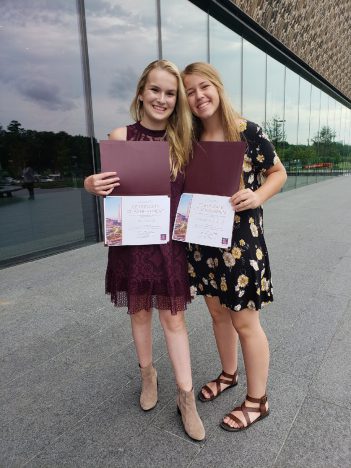 Iris Jordan and Annadel Benedict outside the National Museum of African American History and Culture in Washington, D.C. (submitted photo)

The documentary, “RFK in Indianapolis: Subverting Conflict with Compassion”, focuses on Sen. Robert F. Kennedy’s speech in Indianapolis after the assassination of Martin Luther King Jr.

“The speech was credited for preventing Indianapolis from rioting as many cities did at that time,” said Bethany Hrachovec, coordinator of Learning and National History Day in Indiana. “Their documentary explores the social climate of Indianapolis at the time of MLK Jr.’s assassination and the role RFK played in that.”

The students chose Kennedy’s Apri 4, 1968 speech because it’s an often overlooked part of history. He was seeking the Democratic nomination for president at the time.

The 10-minute film took the two lifelong friends two months to make and was shot entirely on an iPad with iMovies.

“I found real video footage of RFK during his campaign, which we included,”  Benedict said. “Then I found audio of his speech, which was something that we knew we had to include.”

The pair traveled to Washington, D.C. June 13 to see their documentary on the big screen.

“We got a private tour before the museum opened,” Benedict said. “When we walked into the theatre there were these giant purple velvet curtains, a huge movie theatre screen, all these seats and all these people.”

For the girls, the experience was surreal.

“It was really cool to experience this together,” Jordan said. “We feel excited but still can’t believe it.”

To watch the documentary, visit youtube.com/watch?v=ZcB8EIuRGbI.