Kasey Walker was on an extended break from a hectic acting schedule. She had settled into her job teaching dance. 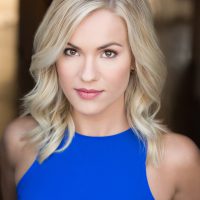 However, when her brother, Bryan Walker, was diagnosed with cancer in 2016 and was sick for six months, it gave her a new perspective and encouraged her to begin pursuing acting jobs in 2017.

“I should be doing what I love. Life is short,” Walker said. “My brother is in great health and in remission. But that lit a fire in me because I had gotten complacent. I decided I wanted to get back into it.”

Walker, a 2006 Carmel High School graduate, had her first TV audition for “Blue Bloods.” She got the job and the episode aired May 11.

“It was wild because it was such a whirlwind,” she said. “You audition, find out the next day you get it and filming happens a week later. TV happens very quickly.”

Walker also was on the Season 2 finale of the “The Good Fight,” May 27, which streams on CBS All Access.

“That was the second TV show I did. I was a news anchor,” she said. 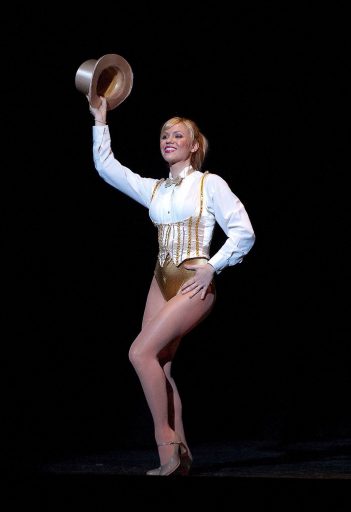 “The previous things were dramatic and serious, and this was fun and light-hearted,” Walker said. “All I’ve done has been musical theater and I’ve wanted to branch out. TV is something I’ve always wanted to do, but I talked myself out of it or didn’t have the confidence, all of those excuses. I thought I’m going to go for it. I’m in New York for a reason. I started working with a new agent (Bill Timms) and things have been going well so far. I just hope it continues.”

Walker said she hopes it will lead to other projects.

“It’s like proof to other casting directors, that, ‘OK, I’ve done these three things, you can trust me with your projects,’” she said.

Walker said there are more productions shooting in New York than ever before.

“I don’t think I’d move to Los Angeles without a reason to do it,” said Walker, who turns 31 July 28. “All my friends and my boyfriend (John West) is here. I love New York. It’s where I feel most at home.”

Prior to taking a break, she had been touring in “We Will Rock You,” a musical based on the music of Queen.

“I had been doing theater for five years and steadily traveling and living out of a suitcase,” Walker said. “I felt very unsettled, so I stopped auditioning for two years. I thought I want to own one piece of furniture, at least, and build my life.”

Walker was active in the CHS performing arts scene, performing in plays, Accents show choir and the Coquettes dance team.

“It feels like a lifetime ago,” Walker said. “I feel Carmel was a good place for those things because they have such strong programs.”

Walker graduated from the University of Oklahoma with a bachelor of fine arts in musical theater performance.

“Right before I graduated, I auditioned for the ‘Legally Blonde’ tour in New York,” she said. “I learned I got it, so it was cool to move to New York already having a job I was going to do. I was only in New York for a couple of months before I left on tour for a year.”

For the last three years, Walker has been teaching dance to children ages 2 to 6. She also teaches dance at Broadway Bodies for adults.

“That’s what I do in my spare time, sort of pays the bills,” Walker said.