You are at:Home»Current in Zionsville»Zionsville Community»Meyer takes DCS role after resignation

Todd Meyer has joined Indiana’s Dept. of Child Services as associate director. In that role, he will implement recommendations from a recent DCS assessment. 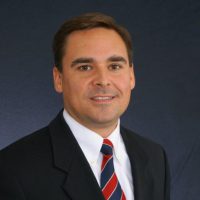 Meyer served as Boone County Prosecutor for more than 15 years but submitted his resignation in early June following a loss in the May primary election for Boone County Circuit Court Judge to Lori Schein. After the primary, he determined the loss could open the door to something better.

“It was a bit of an abrupt departure for me, more abrupt than I would have liked,” he said. “It really was the type of thing that timing was of the essence, and duty called.”

Gov. Eric Holcomb commissioned an audit of DCS in December 2017 after former agency director Mary Beth Bonaventura resigned amid budget and service cuts. The results of the audit were announced with Meyer’s hire.

“It’s a big opportunity to really make some meaningful, positive change within this department that will ultimately benefit the children and families of Indiana,” Meyer said.

Meyer also will create a sustainability plan for the recommendations. The governor appropriated $25 million from the budget surplus to implement the changes.

Meyer, who has lived in Boone County most of his life, originally applied for the director position at DCS last year before running for Boone County Circuit Court Judge.

“I think that underscores my level of interest in working within this agency to serve its mission,” he said.

Meyer was appointed Boone County Prosecutor in 2002 after the death of his predecessor, John Buchanan. He was re-elected to four consecutive unopposed terms.

Chief Deputy Prosecutor Kent Eastwood has been serving as Boone County Prosecutor since Meyer’s departure and is running unopposed for the position in November.