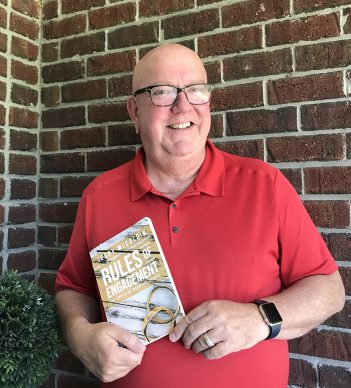 McColgin’s first book, “Rules of Engagement,” was published in April and centers on providing solutions and simple guidelines to improving relationships.

After graduating from Purdue University as industrial engineer, McColgin began working for Whirlpool. He left in 1998 to start his own business.

McColgin has written an online marriage blog for the past 10 years and has several hundred followers.

“I felt compelled to take it to the next level,” said McColgin, a 1979 Westfield High School graduate. “I have always been passionate about marriage and the concept of having that unique relationship unlike anything else.”

McColgin said his parent’s marriage of 72 years served as an example for his efforts to help others have a fulfilling marriage. McColgin himself has been married 36 years.

“I want to reach out to the community to elevate marriages,” McColgin said. “Yes, we do counseling work with couples in distress, but also with couples that have grown complacent or bored, and we try to revive those a bit.”

McColgin said he is saddened to see the rising divorce rate across the U.S. He said the book has chapters on dealing with conflict, weathering life’s storms and how to keep the spark alive.

“I stress that these rules aren’t the exact same for everyone, but to have these conversations with your partner and then to create your own rules in that style,” he said. “It’s really an attempt to help people keep their head above and bring awareness.”

McColgin said the book is the first in his “Shocking Marriage” series. He plans to complete an additional two books in the series.

The book is available on Amazon, with electronic versions expected soon at Barnes & Noble. For more, visit amazon.com/Rules-Engagement-Shocking-Jerry-McColgin/dp/1641917318.