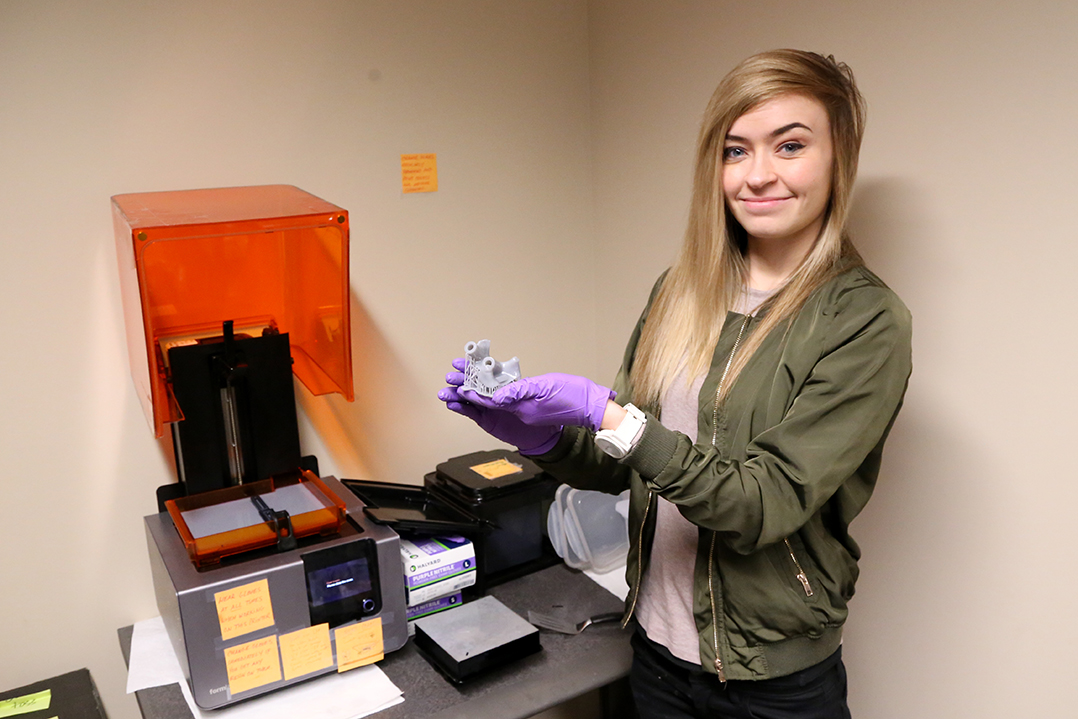 When Jordan Nelsen graduated from Carmel High School in 2012, she knew that she wanted to study art in college and make a career of it someday.

She enrolled in the Herron School of Art + Design and focused her studies on drawing and illustration, eventually deciding to pursue a second degree in Media Arts & Sciences with the IU School of Informatics and Computing. It was in a 3-D printing course for her second major that a chance encounter changed not only her trajectory but also the lives of several people recovering from traumatic injuries or cancer.

In that class Nelsen met Travis Bellicchi, an Indiana University School of Dentistry resident who wanted to learn how digital molds and 3-D printing could help his patients, many of whom had severe facial deformities as a result of accidents or cancer. Bellicchi saw potential for 3-D printing to revolutionize the delivery of facial prosthetics, greatly reducing the amount of time and effort it took to create a customized piece.

Turns out, he was right. Bellicchi has partnered with Nelsen and others to quickly create 3-D-printed facial prosthetics for approximately 20 people. Nelsen said the unlikely partnership has been more rewarding than any other art project she’s ever done.

“It’s a crazy feeling to be able to say, ‘I designed that, and now it’s going to be worn by somebody every day and help make their life more normal,” Nelsen said. “We all look at ourselves in the mirror every day, and something we take for granted is a normal face looking back at us. I can’t imagine what it would be like to be in the position of one of my patients.” 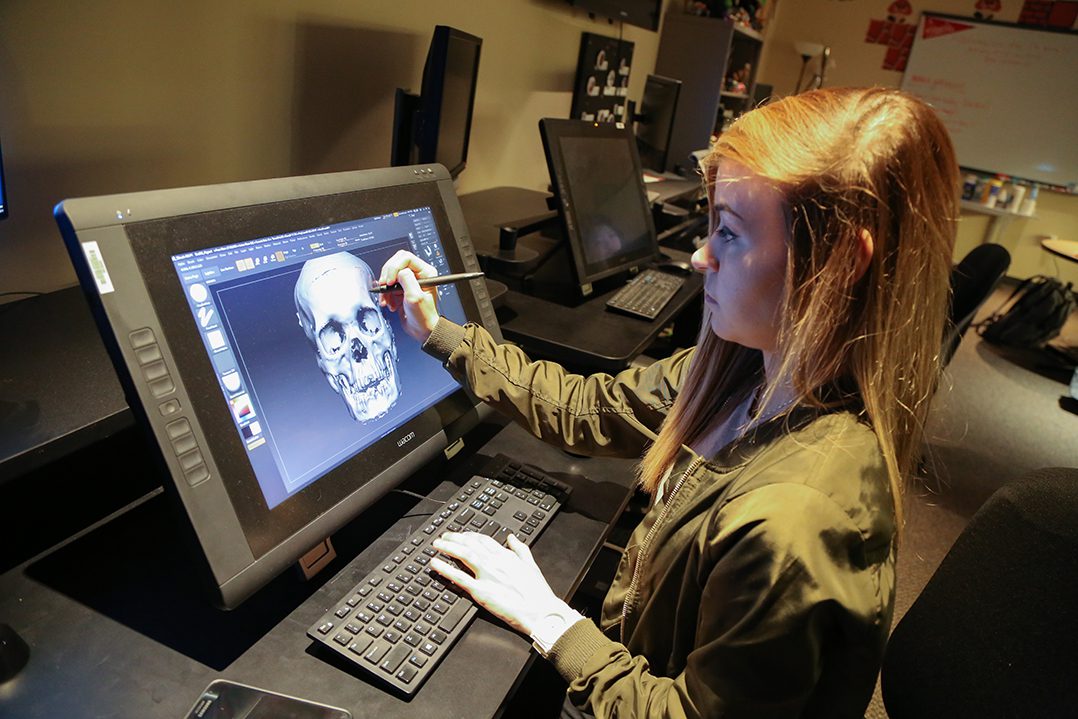 Nelsen saw the power of uniting art and technology when she helped design and print a prosthetic nose in just a few hours for Jerry Faber, an Osgood resident who lost part of his nose to cancer.

Faber was referred to Bellicchi after three failed plastic surgeries. Less than 24 hours after their first meeting, he received the prosthetic nose. 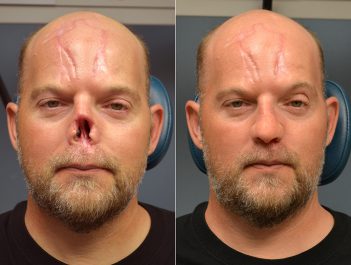 A before and after photo of Jerry Faber, who received a prosthetic nose designed and 3-D printed by Jordan Nelsen in less than 24 hours. (Submitted photo)

“It makes a world of difference,” Faber said. “I can go out in public and not feel embarrassed. It makes me feel complete again. It’s just awesome to be able to feel natural again.”

Nelsen had worked with Bellicchi prior to taking Faber’s case, and she was shocked when Bellicchi asked her if she could create the prosthetic in less than a day. She got to work and soon had it ready.

“I still wanted to fix certain things, because this was done in four hours,” she said. “(Faber) was as happy as could be with the one he had. As far as he was concerned, it was perfect.”

Faber’s situation was unique, as most cases are more complex and require additional time. But Nelsen and Bellicchi believe 3-D printing can streamline the process for many patients and provide prosthetics in hours or days that used to take weeks or months to complete.

Ultimately, the technology could have global implications, Nelsen said.

“Eventually, the goal would be to be able to provide this service to people all over the world from a remote location,” she said, adding that a smartphone can be used to take photos at various angles to create a 3-D model.

Bellicchi said the process is constantly improving with new technology.

Nelsen grew up in a military family, the only daughter sandwiched between two boys. Her father’s job as a U.S. Marine caused the family to move frequently, and they landed in places such as Jacksonville, Hawaii and Japan before settling in Carmel her junior year of high school. 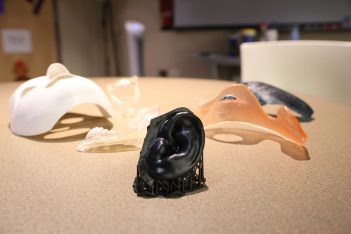 Ears and dental implants are among the many facial prosthetics and other medical devices Jordan Nelsen has helped design and 3-D print. (Photo by Ann Marie Shambaugh)

The 24-year-old described herself as the “art geek kid” growing up.

“I always had a clipboard with copy paper on it , just drawing constantly,” she said.

Bellicchi said Nelsen brings more to the team than just her artistic skills.

“The level of commitment and professionalism Jordan demonstrates is outstanding. She is an extraordinary artist,” he said. “Still, what makes her truly special is her work ethic. I am so thankful we had the opportunity to work together. I look forward to further collaboration with her.”

Nelsen never thought she’d be involved in the medical field, but now that she’s volunteered her time to help change lives by designing prosthetics, she wants to be involved long term.

“I would love to continue painting for myself and exploring that kind of work, but at the same time I can’t see myself not being able to help people in this way,” she said. “There is no feeling like that for me.”

Traditionally, creating a facial prosthetic requires making a facial impression using a papier-mache type of material and a plaster cast to sculpt the artificial piece from clay or wax. Then another plaster mold is created to make the prosthesis. The process can take weeks or months to complete.

The new method can be done in hours. It begins with a facial scan using an LED-structured light scanner that is used to create a digital design that comes to life on a 3-D printer.

“This work is not unique to my profession, but it is rare,” said IU School of Dentistry resident Travis Bellicchi, who added that this type of work was not previously being done at IU.