Owned by the Meltzer family for four generations, the final unprotected old-growth forest in the state contained trees that have been around longer than the U.S. has been in existence. The family had been committed to preserving the land for generations, even enrolling it as one of the first properties in the state’s Classified Forest program, but at any time they could have changed their minds and harvested the lumber, which was worth more than the land itself. 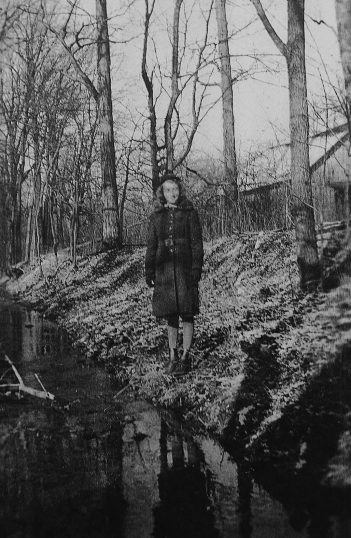 Through the years, even as he changed jobs and houses, Chapman stayed in touch with land owner Phil Meltzer, hoping to one day work out a deal to permanently label the woods as a nature preserve. Meltzer seemed intrigued, but the timing was never quite right.

“(Meltzer) said he was interested in making the woods a nature preserve someday, but he said, ‘My two older sisters wouldn’t like it if I sold the woods or gave the woods away. They always kind of picked on me because I was their little brother,’” Chapman said. “He said, ‘Here I am in my 70s, and my older two sisters still keep me in check.’”

Chapman didn’t give up, and in 2008 the family signed an agreement to allow the Central Indiana Land Trust, an organization dedicated to permanently preserving natural areas, to control invasive species on the property in exchange for the family agreeing to not cut trees and give the nonprofit right of first refusal if they ever decided to sell the land. Eventually, the Meltzer family had a change of heart.

The family sold the land for $288,000, half of its fair market value, to Central Indiana Land Trust in 2014 to commemorate Indiana’s upcoming bicentennial two years later. Meltzer said the reduced price was a gift to the people of Indiana to celebrate the state’s 200th birthday.

“After several years and hundreds of volunteers improving the land, the family saw we would be good stewards of it,” Chapman said. “It was a risk worth taking for us to invest in the management hoping to someday protect the land.”

Preparations soon began to open the 60 acres to the public two years later.

Meanwhile, shortly after the land purchase, Chapman and his wife, Carrie, and son, Will, moved to east Carmel. Once, Chapman decided to go introduce himself to his elderly neighbor across the street who was at her mailbox.

The neighbor mentioned that she was a retired teacher from the Shelbyville area, which prompted Chapman to describe his efforts to preserve Meltzer Woods. He asked her if she’d ever heard of it.

It turns out she had. And not only that, but she grew up there.

Her name is Betty Meltzer Boilek. She is Phil Meltzer’s oldest sister.

“That was our first conversation,” said Boilek, 95, whose daughter lives next door. “He started to talk to me and I thought, ‘What a nice neighbor.’”

Chapman was shocked by the coincidence.

“I remember going back home and I thought, ‘I’ve got three generations of Meltzers living across the road. I cannot screw anything up down there,’” Chapman said.

Chapman and Boilek remained on good terms throughout the process, and both were present in May 2016 when the Central Indiana Land Trust opened Meltzer Woods to the public, making it the 50,000th acre preserved in Indiana since the passing of the state’s Nature Preserves Act 50 years earlier.

‘I loved the farm’

Boilek has many happy memories growing up in the woods. She remembers riding through the area on a horse gentle enough to let her stand on its back and exploring the forest with family and friends. 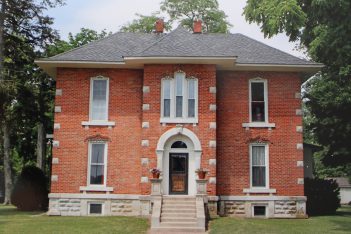 The two-story house where Betty Boilek grew up near Meltzer Woods is still home to her sister, Martha.

“I loved the farm,” Boilek said.

Boilek grew up in a 14-room, two-story home built in 1882 that’s still standing near Meltzer Woods. Her sister, Martha, still lives in the home, and Phil Meltzer lives in nearby Blue Ridge.

Boilek said it’s a miracle that the old-growth forest is still around because her father owned a sawmill and could have made a small fortune if he had harvested some of the largest trees on his property.

“He didn’t cut his own best trees,” Boilek said. “Dad would say, ‘I love those trees more than money.’ He didn’t want to cut them, and they were valuable trees to cut.” 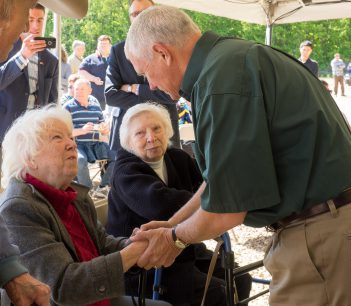 Now that the land is protected and open to the public, Chapman has shifted his priorities to protecting other sites in Indiana, including a site in Carmel along a creek in an otherwise developed area that the owner wants to ensure remains untouched.

Chapman is glad that his years of persistence paid off, but he said that the Meltzer family is the real hero.

“I was told that I was wasting my time, that the Meltzer family would never part with it and it was folly to keep going after it,” Chapman said. “I really believed the family wanted it to be a nature preserve. It just needed to be the right timing.”

Meltzer Woods is at 1522 S 600 E, Shelbyville. It is open from dawn to dusk year -ound. Visitors can hike a 1.3-mile easy trail through the property. For more, visit www.conservingindiana.org/places-to-visit/meltzer-woods/