A new Carmel company is aiming to teach the modern skill of coding—the process of creating digital apps—to the next generation. Code Ninjas, a company founded in North Carolina, has opened its first location in Indiana at 2436 E 146th St. in Carmel.

The company is themed around martial arts. Students progress through a “belt” system, beginning with white and advancing to black. Classrooms are “dojos” and instructors are “sensei.” According to franchise owner Cathi Canfield, an Indiana native now living in Charlotte, N.C., the theme aims to make learning as fun as possible for students age 7 to 14. 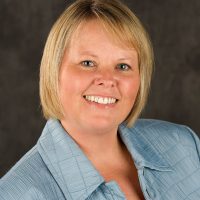 “They’re here to have some fun while they learn, so there’s this idea that we don’t use words like ‘classrooms’ and ‘teachers,’” she said. “There’s this idea of excitement, the idea that, ‘Hey, this is for me, this isn’t for mom and dad. I get to go to the dojo.’ Wherever their imagination can take them, we encourage them to go there.”

Code Ninjas operates after regular school hours Monday through Thursday and Saturdays. Scheduling is flexible for students who participate in other extracurricular activities. Students who finish the programs at Code Ninjas will be able to create and publish an app in an app store.

Canfield said learning to code is a valuable skill, akin to learning a second language, even for students who do not pursue a career in technology.

“To paraphrase the CEO of Microsoft, he recently said that we don’t need a bunch of computer scientists, but everyone has to at least understand technology, and that will be implemented in every walk of life and every job,” Canfield said. “We’re excited to take these young learners and expose them to things that are kind of another foreign language. We are making them bilingual in coding language.”