Candlelight Theatre creative director Donna Wing has a special connection to “That Day.” 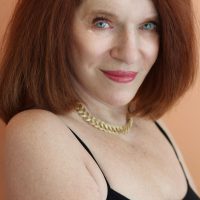 Wing, a Geist resident, plays Dora Carlton in “That Day,” which was written by Candlelight Theatre’s resident playwright, James Trofatter. It is based on a short story Wing wrote. This is the first time it is being performed at the Candlelight Theatre’s home in the Benjamin Harrison Presidential Site.

“The play is about a woman (Dora) who has a comfortable, upper-class lifestyle, but whose identity starts to disappear as others do not recognize who she is,” Wing said. “This is a challenging role as I play someone who goes through an actual identity crisis and changes personality within the first 30 minutes of the play.”

The other plays, “The Hitch-Hiker” by Lucille Fletcher, and “Two Bottles of Relish” by Lord Dunsany, are classics, Wing said. Each one-act play is 30 minutes.

“This trilogy offers a variety of formats so that the audience has three slightly different experiences,” Wing said. “‘The Hitch-Hiker’ is a radio play where the audience is actually the radio hall audience. There is a little bit of audience involvement. ‘Two Bottles of Relish’ begins after a murder had already been committed. The action is in seeing how the armchair detectives unravel the mystery. ‘That Day’ is a live-action play where the audience experiences the same emotional roller coaster as the actors.” 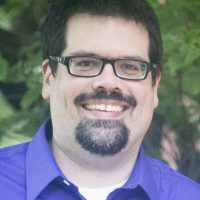 “This role is different for me as it is set up like a radio play, so it is a different atmosphere to what I am used to, and this is by far the largest part I’ve had, so it is a big challenge but rewarding,” said West, who has only performed in Candlelight Theatre productions.

Laura Kuhn, a Fishers resident, will direct and act in “The Hitch-Hiker.” For more, visit bhpsite.org.