With the recent opening of four new pickleball courts at Cyntheanne Park, wait times to play the increasingly popular sport are expected to dramatically decrease. Previously, the park had only four courts.

Fishers Parks and Recreation Dept. Director Sarah Sandquist said the city, as part of its capital improvement project, planned to build more courts but only could fund two at a time. But the process was expedited thanks to the efforts of the pickleball-playing community.

“We were able to build the four courts, which had a little bit of cost savings building all four at the same time with excavation and construction,” Sandquist said. “It was about 20 percent less than it would have been if we had done two and then two the following year.”

Sandquist said additional funds left over from the campaign will be used to add fencing near the park’s playground by the older courts to help prevent the ball from running off the courts.

Donor Mike Seidel was thrilled when the city opened up the four new courts.

“First of all, the new courts are absolutely lovely,” Seidel said. “There would be 16, 18, 20 people waiting to get on four courts. They say it’s the fastest-growing sport in the country, especially among senior citizens. It doesn’t require mobility like tennis but it is certainly challenging.”

In the past, Seidel said more people typically waited their turn to play than there were actual players on the courts at any giving time.

“Pickleball is a great game. Everybody should bring themselves out and try it,” Seidel said.

To showcase the new courts, the city conducted a pickleball tournament April 28-29. Approximately 125 players competed. Originally intended for players 18 and older, the tournament was open to all ages.

“We had several calls from people who had wanted to play and sign up, so we removed the age restriction,” Sandquist said. “We see people of all ages playing. It’s pretty fun to watch because older people you wouldn’t except to be really good are really good and beat the younger players. The sport is accessible to all. The court is small enough, smaller than a tennis court, so tennis you’re moving around a lot, but with pickleball it’s easier to access the ball.” 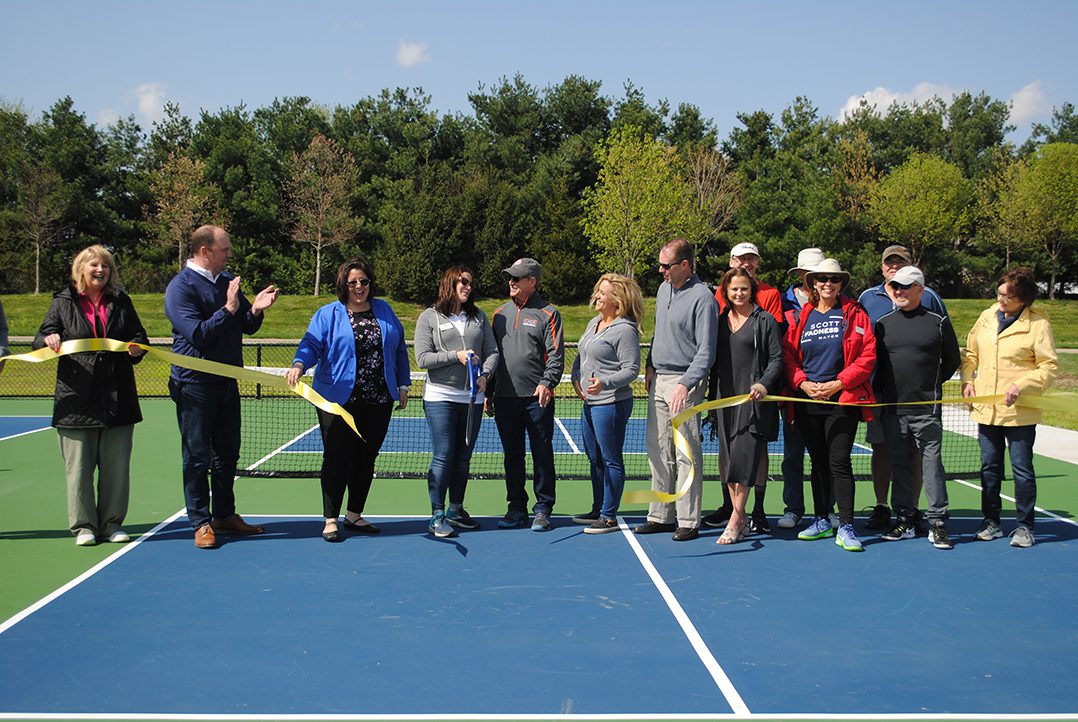 “That means they are available for people with a player rating of 3.5 or higher,” Sandquist said. “The structure is set up so there’s a rotation that happens. Essentially, if you win your challenge, you stay on-court for one more match before getting off and getting back in line.”

Players are usually self-rated through the description of the levels available through the USA Pickleball Association. Sandquist said the city is planning a player-rating day, where players play for 10 minutes and are then given a rating.