You are at:Home»Current in Zionsville»Zionsville Community»Whitestown Brew Fest returns for fifth year Sept. 14

“All of the participating breweries and wineries are from Indiana,” said Sarah Burns, event coordinator. “We also have kombucha and cider. We have everything covered as far as different tastes in craft beverages go.” 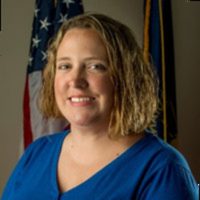 One distinction between the Whitestown Brew Fest and other tasting events is the crowd-voted home brew competition. Approximately 40 home brewers compete for the Whitestown Home Brew Trophy and $1,000 prize.

“Every guest will not only get a glass to sample, but they’ll also get a little bottle cap,” Burns said. “They will use the bottle cap to vote on their favorite home brewer. The winner receives $1,000. They will also get to do a collaboration brew with Moontown Brewing Co.”

Entertainment will be provided by the bands Oh Snap! and Hair Bangerz Ball.

“We’re excited about the entertainment this year,” Burns said. “Oh Snap! is a ’90s alternative cover band. Hair Bangerz Ball is an ’80s hair metal cover band. And it’s a great deal for people. They pay to get in and sample unlimited brews while also getting a free concert.”

Food will be available for purchase from L. A. Cafe and Greek’s Pizzeria.

Gates open at noon. Advance sale tickets are $30 during August. Tickets will be $35 in September. If tickets are still available the day of the event, they will be $40 at the gate. For more, visit whitestownbrewfest.com.