Stuckey Farm and Cider Mill has been a staple in the community for five decades. Although the orchard has evolved during the years, much of if its original charm remains as it celebrates its 50th year of operation. 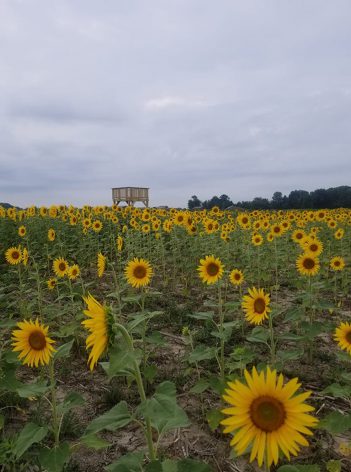 The Stuckey Farm and Cider Mill sunflower festival is under way. (Submitted photo)

“Everyone thinks of us as a fall venue, and that’s true, but we are slowly stretching that,” said Druckemiller, who joined the Stuckey Farm team a few months ago to enhance creative business development. “I’m coming up with all these ideas, so a lot of it depends on our staffing capacity to pull it off.”

Some of Druckemiller’s ideas include specialty ciders and a cider bar in the fall and farm-to-table dinners, among other possibilities. Stuckey Farm’s signature cider is made from a blend of apples.
Druckemiller came up with the idea for last year’s sunflower festival. The farm now includes sunflower fields on 5 to 7 acres at the back of the property. The fields contain 17 varieties of sunflowers. Some are 15 feet high.

“Last year was the first (festival),” Druckemiller said. “Apples are picking by that time, and people can come pick apples and come to the festival weekend.”

To commemorate 50 years of operation, the orchard is offereing two days of price rollbacks Sept. 14-15. The business was started in 1969 by husband-and-wife team Gene and Rosalyn Stuckey. Gene died last year. Rosalyn is still alive. The orchard was sold to Jeff Pierce, a Zionsville resident, in 2005, but the original owners ran it from its inception in 1969 until it was sold. Some of the original apple trees are still on the property.

“We certainly wanted to keep the tradition of the you-pick aspect of the orchard,” Pierce said. “People still come out and pick apples, but maybe what has changed is people want to be entertained a little bit more than just apple picking, so we have introduced some aspects of agritourism to augment that entertainment aspect.”

Some of those entertainment opportunities include Adventure Acres, a corn maze, apple cannons, hosting corporate events and the opening of a snack bar.

“Those are the main things as far as the differences in trying to expand the entertainment side of the business as opposed to just apple picking,” Pierce said. “Traditionally, you think of a farm and an orchard and a you-pick orchard as a family that just goes and picks. We are going to enhance that to do whatever possible to make it a better experience.

” A lot of it is, ‘What can we provide people to help them have a more enjoyable time?'” 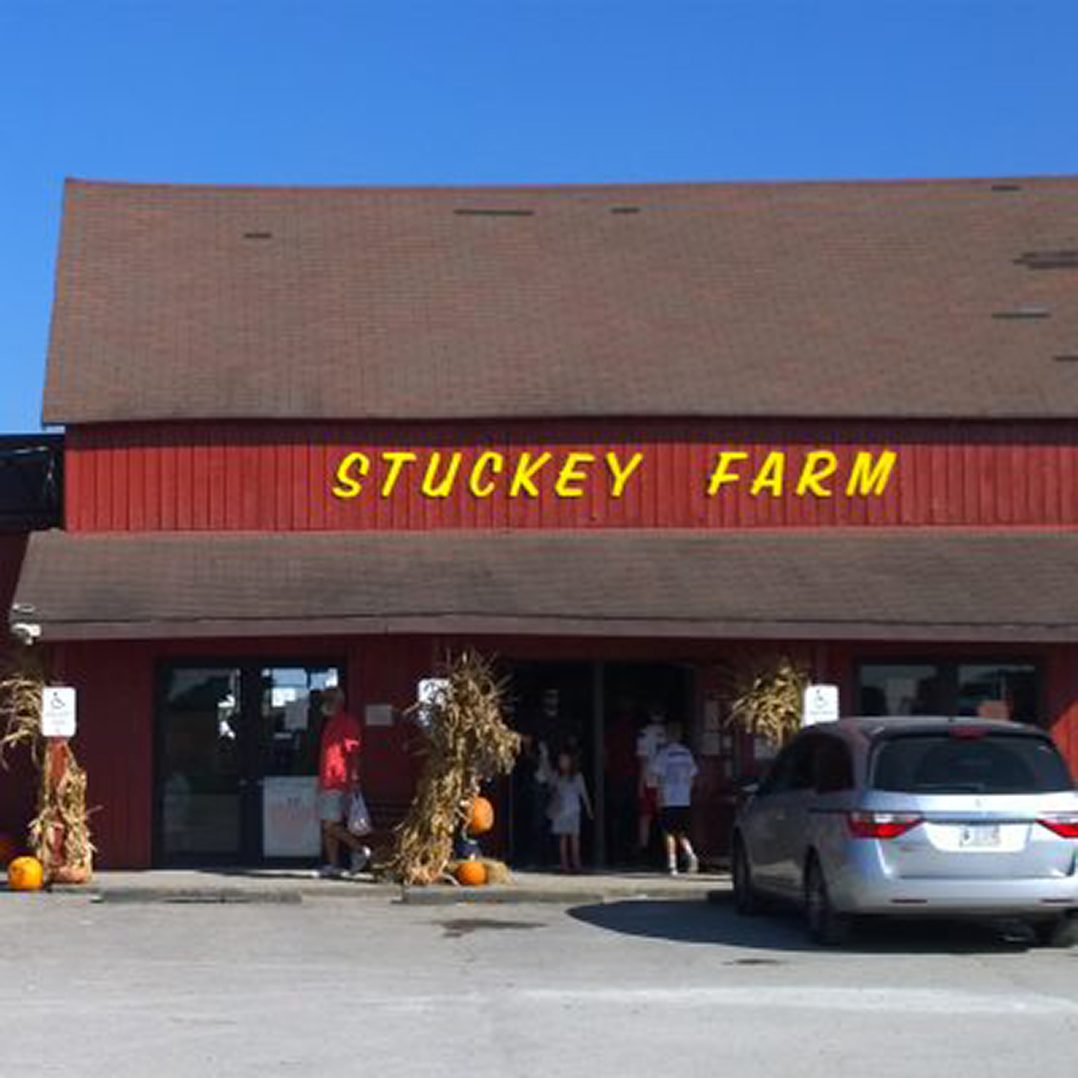 Stuckey Farm opened in 1969 and is celebrating its 50th year of operation. (Submitted photo)