Greyhounds wrestling coach Ed Pendoski said Chundi is not only bright but does an excellent job of managing his time.

“In the winter we have morning runs at 6:15,” Pendoski said. “He’s waking up early just to get an hour of studying in before the run.”

Chundi was one of four students to earn gold medals at the seventh annual USA Biology Olympiad National Finals in San Diego, which ended July 3. The four gold medalists formed the U.S. team in the 30th annual International Biology Olympiad July 14 to 21 in Szeged, Hungary.

Chundi finished 25th to earn one of 28 gold medals awarded at the Olympiad. The top 10 percent of participants received gold medals.

“It’s  a balance of being successful in a high stakes competition, and it’s really fun because you are meeting people who are just as inspired by biology as you,” he said. “When you are being taught new skills you are learning them at a really, really fast rate. It’s a giant crash course in biology if you are really interested in the subject.”

Chundi said there is a similar pressure before a wrestling match.

“But on the mat, I can let it all out,” Chundi said. “I never feel stressed when I’m in a match, but sometimes you feel stressed during a test in a biology competition.”

Chundi, however, acknowledged he gets more excited winning a wrestling match because the adrenaline is flowing.

“In an academic competition, you often don’t find how you did until the test is graded,” he said.

“My dad wanted to make sure I wasn’t too one-sided and biology wasn’t my only thing, or studies in general,” Chundi said. “Initially, my dad pushed me into wrestling because he thought I was small and would get beat up a lot and I’d also make friends from it. I did it for a year and really liked it.”

Chundi said being competitive came naturally to him, but there was a lot of technique to learn.

As a junior, Chundi reached the semifinals in the 106-pound class of the state high school wrestling finals. He ended up placing fourth.

“Even though I got fourth, there were pretty gaping holes in my technique last year, so I’m working with my coaches on that,” he said.

“He’s the type of kid you never have to worry about,” LeCount said. “He’s always going to go, go, go. You never have to tell him to do something twice. He’s very hard-nosed about things. He takes care of business, whether it’s the classroom or on the mat. He leads by example in the classroom with all the accolades in school and outside of school. It’s amazing to see how much drive he has inside himself.”

“He never misses a workout unless he’s at an academic competition,” LeCount said.

Pendoski said the staff understands the academic aspect is more important than his wrestling, but Chundi always keeps the staff informed when he is going to miss a practice because of an academic competition.

“We stress physical, mental, technical,” Pendoski said. “He works tirelessly. He’s going to work at something until it’s perfect. The way he tackles things academically he applies to the wrestling room, and that’s why he’s successful.” 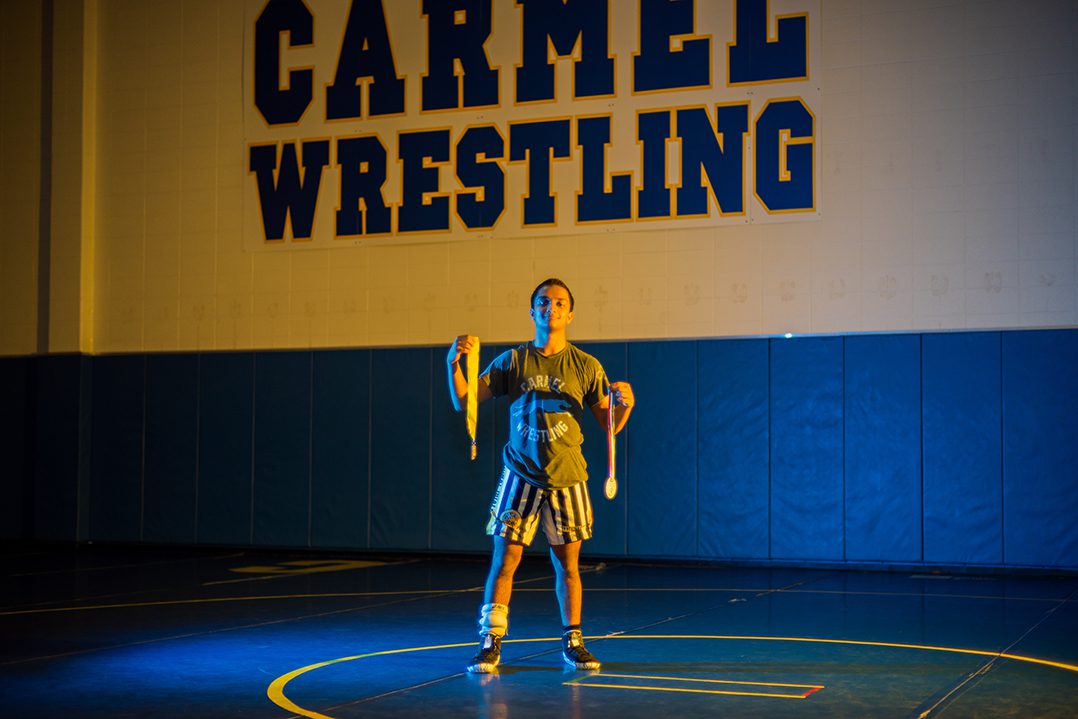 Personal: Has approximately a 4.6 grade point average on a weighted 4.0 scale. Plans to be a pre-med major, considering majoring in computational biology. Hasn’t made a college choice, but Stanford University is one of the schools he is considering. His mother, Raji Chintalapati, and father, Srinivas Chundi, moved from India and are both in informational technology.

What he likes about biology: “It’s good to know what is going on inside your body.”