Carmel has no shortage of places to worship, but Shaune Shelby felt something was missing when he looked at the options in his hometown.

With dozens of churches in the city, none were founded or currently led by African Americans. 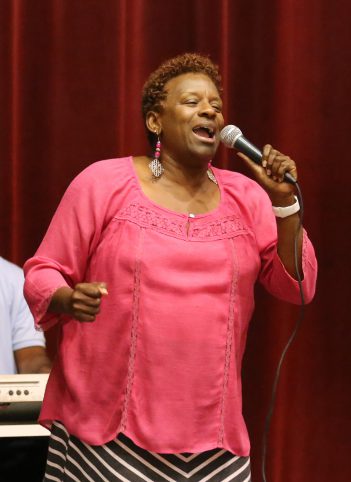 “(We have) megachurches around here, but where do people of color go to be a first thought and not a second thought?” Shelby said. “I always ask my friends, ‘Do you feel like you’re a part of your church, or do you go there?’”

The Carmel service begins at 9 a.m. and promptly ends 45 minutes later. After a few handshakes and hugs, Shelby is out the door by 10 a.m. so he can arrive at the main campus before its 10:30 a.m. service begins.

“I’m always there at the start of worship,” Shelby said.

The new campus has been a welcome addition for Sumiko Covington, a Westfield resident who attends services each week in Carmel. She described the weekly Carmel service as “short, sweet and intimate” and appreciates Shelby’s efforts to build community in Hamilton County.

“You will see him in schools, checking on his kids from church, and in his kids’ school, in the neighborhood doing whatever he can,” Covington said. “He’s someone who will roll up his sleeves and get right next to you.”

Shelby is a strong believer that families should make worship a priority and participate in it together. Children stay with their parents during the first part of the service, which includes singing and prayer, but during the sermon they head to another room for an age-appropriate activity.

A father of three, Shelby said he is troubled by faith becoming “optional” for many families.

“We have so many competing interests Sunday mornings, from sports to being social to needing rest from the work of the week,” Shelby said. “I want to get back to basics and encourage people to be service-minded and walk by faith. That means (Ebenezer Baptist Church) won’t do all the gimmicky things but will stay focused on the word of God and be open to all people, all races, spiritual backgrounds and all faith backgrounds.” 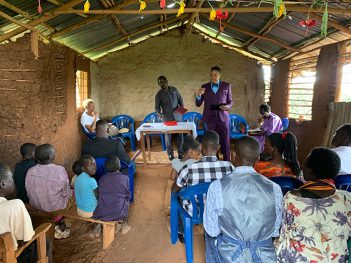 Shaune Shelby speaks in
a church in Uganda. (Submitted photo)

Shelby studied at Indiana State University and earned an MBA from Florida Metropolitan University. He was ordained in 2000 and began his ministry serving as a youth pastor in Chicago, Tampa and Virginia. During that time, he also worked in the corporate world as area sales manager for Shell Lubricants. Upon moving back to Indianapolis, he served as an associate minister at Pilgrim Missionary Baptist Church, where he was baptized as a child.

He became pastor of Ebenezer Baptist Church in 2013 and eventually left his corporate job. His ministry also includes leading a men’s study class for the Indiana Dept. of Correction’s Indianapolis Re-Entry Education Facility. Shelby also enjoys ministering abroad and has visited Ghana and Israel as part of his spiritual journey.

But it’s his hometown that’s on his heart, and he said Carmel – which has an African-American population of 2.5 percent, according to 2017 American Community Survey estimates – has been “so welcoming” of EBC’s new campus.

“God’s word doesn’t have any color,” Shelby said. “We just have different ways we do it.” 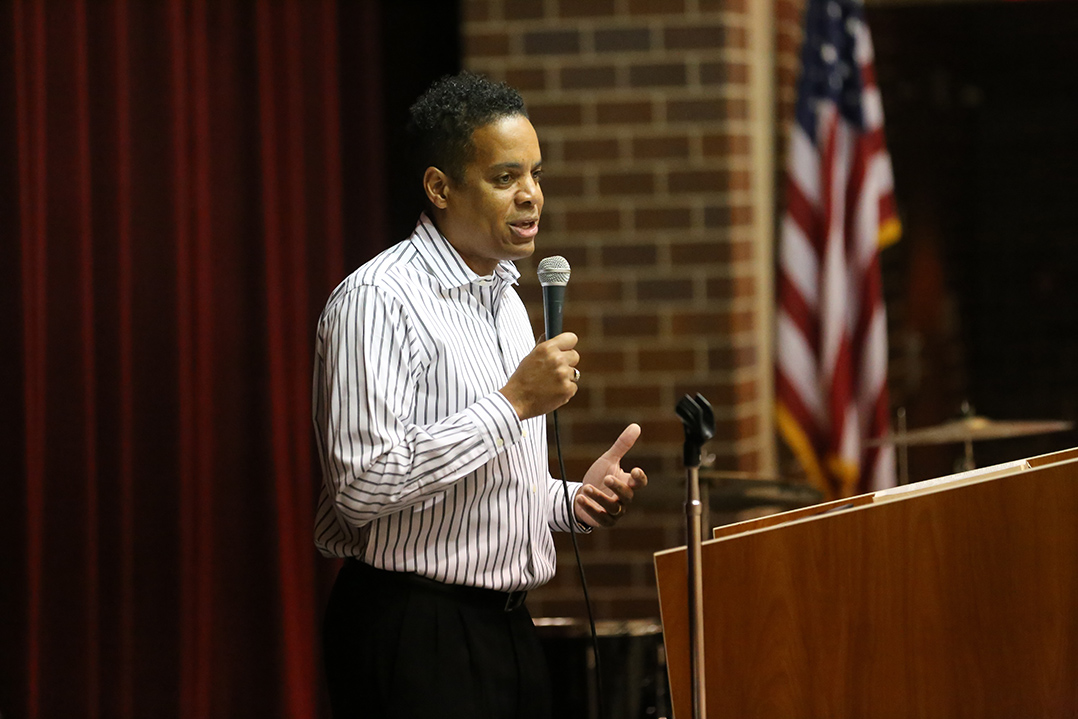 Favorite pastime: Family time when we travel. I am able to unplug and just be dad and husband.

Favorite local restaurant: There are so many options in Carmel.  It varies based on type of meal we are seeking for breakfast, lunch or dinner, and, of course, the family vote.

Family: My lovely wife is Lisha, my kiddos are Shaune II, and twins Reid and Rylan

Favorite quote: “Strive for that greatness of spirit that measures life not by its disappointments but by its possibilities,” WEB Du Bois

Motto to live by: “Do things with excellence”