At about 11:05 a.m., the Boone County Communications Center received multiple distress calls from callers saying there was a major crash on Interstate 65 northbound, near the Zionsville/Whitestown exit.

Multiple first responders quickly arrived at the crash, which involved 8 motor vehicles and 1 semi-tractor trailer. Witnesses state a fire started after the collision, when a vehicle was pinned against the guardrail by the semi. A separate vehicle was pushed over the guardrail and flipped onto its driver’s side.

Two patients were trapped in that vehicle and ultimately extricated – one by local law enforcement, another by the Zionsville Fire Dept. Six other vehicles involved suffered serious damage and were blocking all lanes of travel northbound. 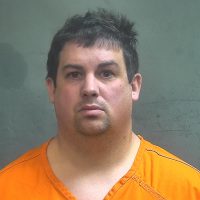 The driver of the semi, 34-year-old Matthew Lewis Small of Grandville, MI, said he was northbound on I-65 and looked down to set his coffee mug down. He then ran into slowing traffic. Police say it appears Small collided with all 8 vehicles as he plowed through the traffic back up.

Thirteen patients were transported to St. Vincent’s Hospital and one female, a child, was taken to Riley Hospital. All injuries on the 14 patients appear to be non-life threatening, according to a press release.

Two people, from the vehicle pinned against the guardrail, were pronounced dead at the scene. Later, responders discovered a third person, an infant, was also deceased inside of the same car.

The Boone County FACT Team was called to the scene to reconstruct and investigate for possible charges. I-65 northbound and I-865 westbound were closed about four hours during the investigation, according to the release.

After further investigation, Mr. Matthew Small was charged with three counts of reckless homicide, level 5 felonies, and booked into the Boone County Jail.

Boone County Sheriff Mike Nielsen said in a statement that Sunday was “a sad day for two Boone County families.