Humane Society for Hamilton County Executive Director Rebecca Stevens can’t count the number of times she’s been at an HSHC fundraising event and a Carmel or Westfield resident has approached her and asked if she worked at “the Humane Society on Michigan Road (in Indianapolis).” 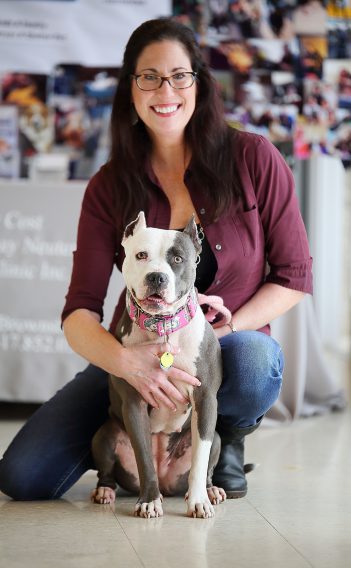 “Having been in Noblesville since 1984 when we were founded, I’ve found that many people who live in Carmel or on the west side of Westfield are often unaware that we exist or that we serve the entire Hamilton County community,” Stevens said. “We are the only Humane Society that serves our county’s residents, such as taking in lost pets and ensuring they get lifesaving care if they’re injured until they can be reunited with their family. Reinforcing that, it includes the entire county. It’s all of Hamilton County. We are the ones serving you.”

The Humane Society for Hamilton County is targeting a March groundbreaking for its new facility, the culmination of a year-long fundraising campaign called Building a Brighter Future. HSHC recently concluded a capital campaign from private donors to net 80 percent of the costs for the new building, and now it’s asking the public to help produce the remaining 20 percent.

HSHC Executive Director Rebecca Stevens, a Fishers resident, said the goal is for the Humane Society to move into the new facility at 106th Street and Hague Road in Fishers by the first quarter of 2021. HSHC is currently at 1721 Pleasant St., Noblesville.

Upon moving into the new facility, HSHC still will be known as the Humane Society for Hamilton County, but it’ll have a new name: The Steven J. Cage Foundation Animal Wellness Center. Cage, a Fishers entrepreneur, made the largest donation during the organization’s capital campaign. The amount is confidential.

“The Humane Society for Hamilton County is an extraordinary group of people,” Cage said. “I’m honored to work with them to make this facility come to life. Animals bring out the best in us, and I’m sure Rebecca and her team will provide happiness and health to as many animals as possible.”

An image of Cage’s black cat,Stanley, will be on the building’s exterior. The HSHC plans to hand out small, black cat stuffed animals at the point of adoption to raise awareness about adopting black cats.

“I love how much he loves his cat,” Stevens said.

HSHC’s goals are to raise $12 million for its construction budget and another $2 million for an operating endowment.

“We don’t currently have an endowment, so we are trying to raise money to build this and have that money in place for our future,” Stevens said.

There are other naming opportunities available for donors. For more or to donate, visit hamiltonhumane.com/new-facility-building-brighter-future. 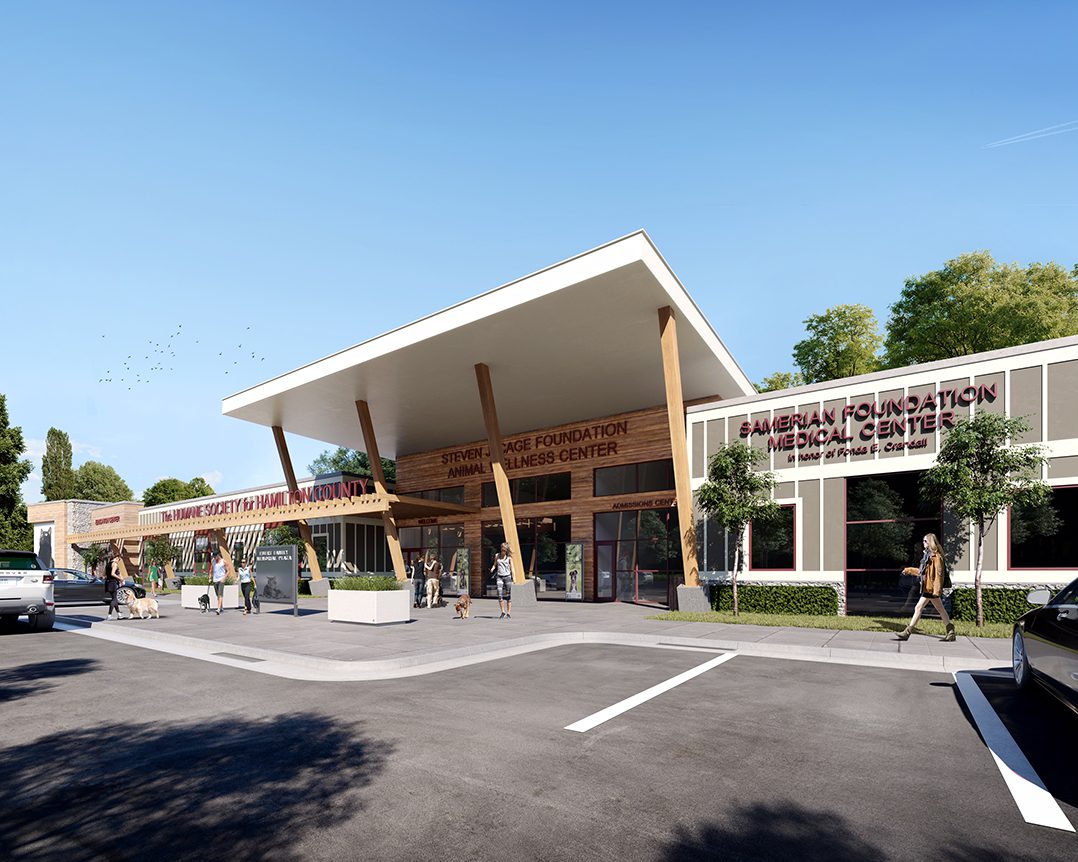 “We are not only an adoption center. Yes, we rehome dogs and cats and save a lot of animal lives, but we are unique and different in the fact we believe animals pose the ability to hear the heart and mind, connecting with people in ways that inspire hope and purpose,” Stevens said. “We not only do pet adoptions, but we offer programs that connect people and pets to offer that healing power they provide in our lives. It’s about more than just adding cages and kennels and saving more animals. It’s much more than that.”

Some of the programs HSHC offers — and will be able to expand — with the new facility include connecting pets with veterans, community outreach in local schools and more. In addition to the expanded programs, the new facility also will include 40,000 square feet of space. The current facility has only 8,000 square feet. The increased space will allow for a medical room, a separate intake area for cats, educational outreach programs and more.