Following a bulletin posted by the U.S. Dept. of Homeland Security Jan. 2, Hamilton County Emergency Management is encouraging residents to build a ready kit, specifically in preparation for an Iranian cybersecurity attack that could cut power.

Emergency Management Executive Director Shane Booker said the bulletin claimed no direct threat had been made, but he stressed the importance of preparedness. 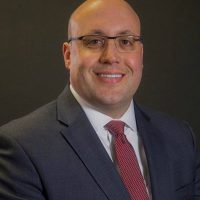 “The Dept. of Homeland Security updated the National Terrorism Advisory System and issued a bulletin indicating concerns over the possibility of cyber attacks,” Booker said. “We always are trying to promote community preparedness because the more prepared people are, the more resilient Hamilton County can be part of that.”

The Dept. of Homeland Security posted the bulletin after the U.S. killed Iranian terrorist organization commander Qassem Soleimani in a drone strike while he was in Iraq. Iranian leadership and other affiliated extremist organizations publicly stated their intention to retaliate against the U.S.

Booker said to be prepared, families should build a ready kit, stay informed and make a family plan. The U.S. Dept. of Homeland Security bulletin stated previous homeland-based plots have included scouting and planning against infrastructure targets and cyber-enabled attacks against a range of U.S.- based targets, and that an attack may come with little to no warning.

“If, for some reason but it’s unlikely, Iran were to make some kind of cybersecurity attack and we were without power for days, it is important for people to have a kit and include things like enough water for each person for at least three days,” Booker said. “We recommend people have nonperishable food like (canned) soup or other things in the event they didn’t have power.”

Booker said even if an attack doesn’t occur, a ready kit can allow citizens to be prepared for other disasters.

“It’s important for people to be ready, and it doesn’t have to be cyber attacks. We saw a major water main break between Westfield and Noblesville recently where some people completely lost water and others had hardly any water pressure,” Booker said. “(Being prepared) makes being in an uncomfortable situation a little more comfortable.”

For more on how to prepare a ready kit, visit ready.gov. For more on the Dept. of Homeland Security bulletin, visit dhs.gov.