“It’s (Ludwig van) Beethoven’s 250th birthday, and a lot of orchestras are playing music written by Beethoven throughout the year,” Hymes said. “We thought we would do the same.” 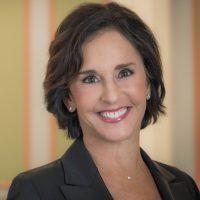 The CSO will present “An Austrian Odyssey” at 7:30 p.m. Feb. 8 at the Palladium at the Center for the Performing Arts in Carmel.

The concert will open with Handel’s “Music for the Royal Fireworks.”

The second part will feature Beethoven’s “Symphony No. 9,” regarded by many critics as his best work.

“They are outstanding singers,” Hymes said of the soloists. “I’m very excited to work with them again and to bring them to Carmel. They’ve performed all over the world. I think they are going to be teaching in the school and doing some unique things within the community.”

The vocals are in part from the fourth movement of Friedrich Schiller’s poem “Ode to Joy.”

“I think it brings people together,” Hymes said of the music. “With the world the way it is, sometimes it’s good to have music that does exactly that. While it’s a birthday celebration, I think it’s a really nice time to be together and be grateful for what we have.”

Hymes said it was difficult to find an accompanying piece for the Beethoven piece.

“I went through so much repertoire to find what to play with the Beethoven (music),” Hymes said. “I thought we could do something contemporary, but that didn’t feel right. The Handel is a celebratory piece, and I thought it was a nice challenge for the orchestra. The Chicago Symphony did the Beethoven without another piece, but I thought it was important to have a full concert, not just that piece.”

A Meet the Music pre-concert discussion is for 6:30 p.m. the evening of the performance. For more, carmelsymphony.org.