You are at:Home»Current in Fishers»Fishers Community»Town hall to explore makerspaces

After noting the success of a Maker Town Hall at Westfield High School, WHS Innovations Specialist Joel Bruns decided to see if Fishers had interest in conducting a similar event. 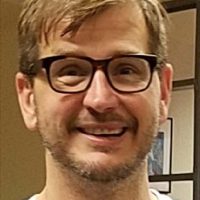 Bruns reached out to David Decker, founder of Hub and Spoke, a mixed-use development consisting of a design center, coworking space and makerspace at 106th Street and the future Nickel Plate Trail in Fishers, to draw interest for the program.

“I’ve just been helping him think through some of the things for his new space about programming and how can he do some different things in there, and I mentioned this town hall we had done in Westfield,” Bruns said. “It might be a chance to get the community excited and interested in what makerspaces are and how they benefit communities and that sort of thing.”

The Fishers Maker Town Hall will be at 7 p.m. Feb. 11 in the Ignite studio at the Hamilton East Public Library Fishers branch, 5 Municipal Dr. It will feature a panel discussion about makerspaces and their economic impact. Panelists are Adam Maltese, an associate professor of science education at IU Bloomington and also the director of a makerspace in the School of Education; Aili McGill, executive director of Nickel Plate Arts; John Wechsler, founder of Launch Fishers; Katelyn Coyne, manager of the Ignite Studio; and Decker. Bruns will serve as the moderator.

“I’m going to ask a pretty broad range of questions, some specific to specific individuals, so Aili will cover the arts and John will cover entrepreneurship,” Bruns said. “Then we will open it up to the audience for discussion.”

Admission is free but tickets are required.

“I really think the community support in Fishers has been really incredible, and I think it is really paying off for the city,” Bruns said. “There’s a vibrancy around building new things in Fishers that I just don’t see the same sort of energy in a lot of other cities in Hamilton County. I think a lot of that centers around this ecosystem (Fishers has) built, which to me, it’s really exciting to watch what’s happening.”

For more or for tickets, visit fishersmakertownhall.com. For more about makerspaces, listen to Bruns’ podcast, Maker Riot.