The moment Luke Vreeman heard what the Carmel High School’s 2020 winter play would be he decided to let his hair down — literally. 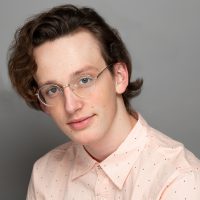 The senior knew he wanted to portray the lion called Asian in “The Lion, the Witch and the Wardrobe.”

“This was the first time I decided I wanted to commit myself physically to a role,” Vreeman said. “I haven’t cut my hair since April (2019), so I was committed from the beginning. I really enjoyed this series as a kid.”

Vreeman said the role is a challenging physically display.

“It’s difficult to play a character that is no human,” said Vreeman, who is president of the school’s drama club and a member of the ComedySportz team. 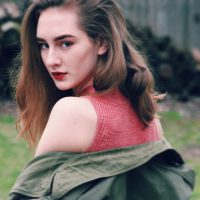 “It feels nice to be the main part of the story,” said Diehl, who plays the Witch. “It’s really hard playing a mean person, an antagonist. It’s a chance from being nice to people to being nasty, rude and selfish.”

Diehl said she wanted to the role of the Witch to challenge herself for her final CHS role.

“I’m always looking for something that will draw in an audience,” Cassidy said. “Name recognition is always important to me. I love the magical nature of the show. The characters they get to play are so fun.”