You are at:Home»Current in Geist»Geist Cover Stories»Connecting a community: Sanchez named deputy chief of staff, to focus on minority groups

Lawrence Mayor Steve Collier has prepared Elia James Sanchez for the position of deputy chief of staff for quite some time.

“It’s been a little over a year in the actual development,” Collier said. “One of the goals of my administration was to begin to make the people in my administration look more like the City of Lawrence – everything from more women involved, more people of color involved, and that isn’t that hard to do, quite honestly. My prior career was in education, so my knowledge of people who were Hispanic, Latino and African American gave me a bit of advantage.

“The real problem was making the rest of the city employees look like the City of Lawrence.”

Collier said a challenge was finding minorities for city positions.

“More often than not, they aren’t aware of the positions in leadership that are available,” he said.

When Sanchez first was hired by the city in August 2018, she served as the director of crime prevention. But Collier had another plan for her.

“We had another targeted goal for Elia,” he said.

The goal was met in January when Sanchez was appointed deputy chief of staff.

“Her specifics are not only to continue to coordinate the outreach programs in the city, but to continue to expand upon the city’s ability to reach out to different localities and nationalities, and also begin to go out and seek people for leadership who are (minorities),” Collier said.

Collier said although hiring minorities is crucial, qualification is the No. 1 priority for making a hire.

“My charge to Elia is (the applicant’s) nationality and skin color isn’t as important as their capabilities and qualities,” Collier said.

Sanchez works at the Lawrence Police Dept.’s new headquarters on Post Road. She might remain there or move to the government center on 59th Street, depending on what she decides the position needs.

Sanchez said she is looking at what resources are needed to attract minority- and women-owned businesses.

“I’m doing research of other cities and what they’re doing,” she said.

A critical part of Sanchez’s job is working with the Lawrence Chamber of Commerce, which plans to announce a new executive director this month.

“They help with outreach with grand openings of business, so for me, too, it’s about building that list of businesses that are minority-owned,” she said.

Sanchez plans to establish an advisory council to help her achieve her lofty objectives.

“I want to take advantage of some of our minority celebrations, like Hispanic Heritage Month and Black History Month, and I want (the advisory council) to be at the helm of that – helping us not only to sponsor but also to organize them.

“I want to make sure I’m inclusive of everybody, and hopefully somebody will take that on with us.” 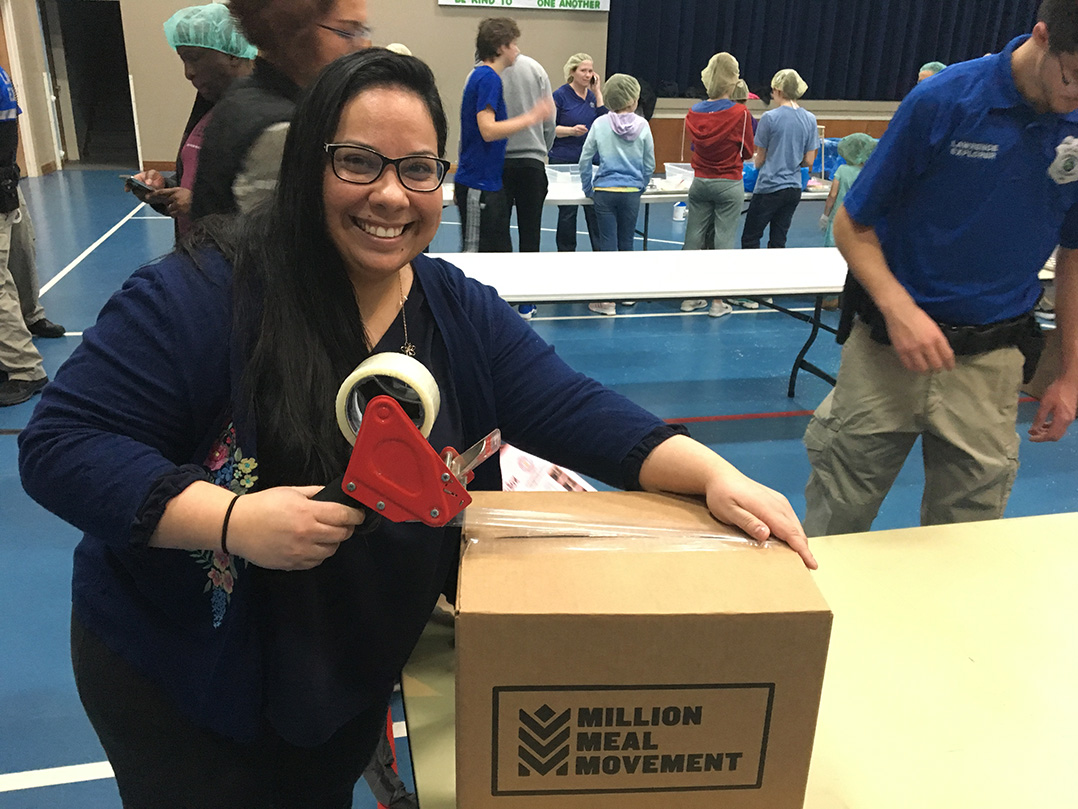 One of Elia James Sanchez’s goals is reaching the Venezuelan and Peruvian communities in the City of Lawrence.

“They’ve expressed doing business in the community here, and when they approached me, they told me, ‘We want to have a Peruvian restaurant. We have a cultural association here in the City of Lawrence, so we want to expand the culture and teach people about our culture.’ (Cuisine) is very important. It’s something they really love, so they want to bring that here,” Sanchez said.

Sanchez also plans to focus on the Asian communities in Lawrence.

“We want to be very inclusive,” she said. “I think we have such a big, diverse community that is thriving.”