Carmel Clay Parks & Recreation is looking to expand its trail network on the east side of town.

The CCPR board on Feb. 11 reviewed the results of a feasibility study regarding two trail expansions near the White River. 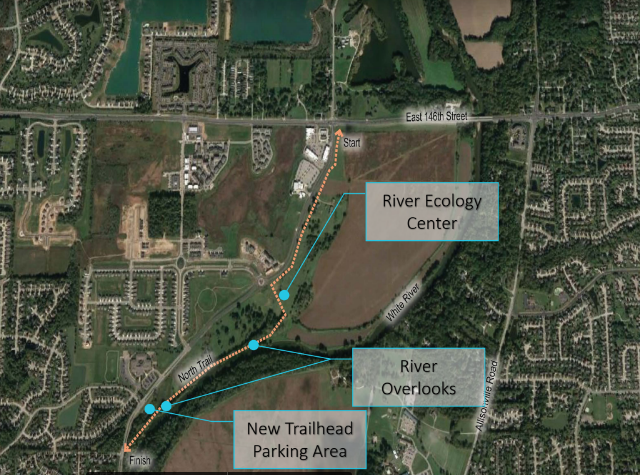 The proposed north trail would run south along the east side of River Road beginning at 146th Street before entering land owned by Conner Prairie to connect with a proposed river ecology center. The trail would then run along the bank of the White River and connect with the existing trail system near Tall Timber Run.

The expansion is proposed to include a new trailhead with parking and restrooms and two river overlook areas. 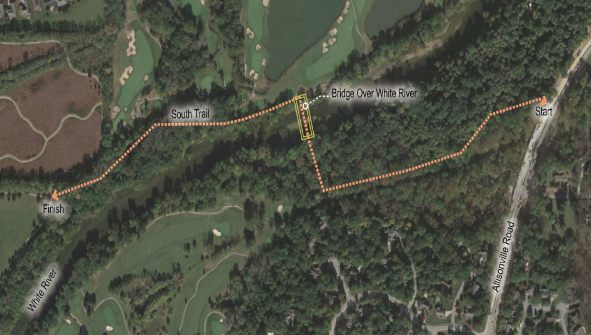 A proposed trail expansion would connect an existing trail that ends near Tall Timber Run to 146th Street. (Submitted image)

The south trail expansion would begin at River Road Park, cross the White River and run east through Fishers on land owned by Conner Prairie just south of the history museum’s developed area. It would end at Allisonville Road.

The estimated cost to construct the trails is $9.6 million, with approximately $2 million more needed for design and inspection fees.

CCPR board member Josh Kirsh said he supports moving forward with the project.

“Whatever this (cost) ends up being, it’s a small price to pay for the generations of enjoyment,” he said. “This is a big thing, us engaging the river in this way.”

Ben Deichmann, who presented the study on behalf of Indianapolis-based SJCA Engineers & Surveyors, said some challenges in building the trails are difficult soil conditions in some areas and likely archaeological reviews of the trail proposed on Conner Prairie’s property.