Carlos Salazar didn’t aspire to be a chef. Accounting was his first ambition. But now, he owns one of three restaurants that recently opened at Fishers Test Kitchen, 9713 District North Dr., Suite 1210. 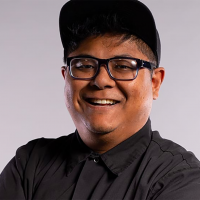 “I have never thought I was going to be a chef or a cook of any sort,” Salazar said. “When I was young, I always watched my dad cooking, and I figured it was our culture being a Filipino. We cook a lot for family and friends.”

Salazar initially studied accounting in college, but after a year or so, he had a conversation with his then-best friend, who is now his wife.

“I told her I don’t know if I see myself happy in a cubicle for the rest of my life, and she said, ‘Why don’t you go to culinary school? You always cook for us, and everything you make is amazing. It just seems effortless for you to cook,’” Salazar said. “I looked into it (and found) out the chefs’ academy in downtown Indianapolis was opening, so I tried that out, and the moment I walked in, it just clicked. The moment I walked in that door I knew I was in the right spot.”

Ten years later, Salazar is giving his own restaurant a try with Lil Dumplings. He was raised in Westfield and lives in Fishers.

The restaurant’s name is a nod to his children.

“I have two kids, a boy and a girl, and I call them little dumplings,” he said. “It’s just what I’ve always called them from the beginning.”

Lil Dumplings will feature global street food with items such as Okonomiyaki Smashburger, falafel and lobster corn dog fritters, among other selections.

For the full menu, visit fisherstestkitchen.com.