Carmel resident Matthew Hullinger is only 30, which he acknowledges is on the young side to run for Congress. Yet, he is confident he has the ability to successfully represent constituents as he launches his bid for the 5th District seat. 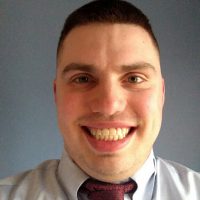 Hullinger grew up in Auburn but has lived in Hamilton County the past 12 years.

“I have been a Republican since I was 18 and could vote. However, I have had Conservative views and have been paying attention to politics since I was 15,” Hullinger said. “I feel Hoosiers deserve someone who will fight for them and truly represent their interests.”

Hullinger said the issues most important to him are protecting the Second Amendment, lowering taxes and banning abortion.

“I am pro-Second Amendment, pro-life and feel American citizens are taxed way too much,” he said. “I will not back down or buckle under pressure from other members of Congress. This is my first political campaign, and I have never been a politician or run for office before.”

Hullinger is pursuing a secondary education degree at IUPUI, with plans on becoming a history teacher. He has a 7-year-old son, Jordan.