You are at:Home»Current in Carmel»Carmel Community»Carmel doctor’s novel based on experience as expert witness in Taser cases

Doug Zipes’ novel takes a page or two from his own personal history.

The Carmel cardiologist’s fourth novel, “Bear’s Promise,” is drawn from the years he testified as an expert witness against the Taser Gun Co. during a period of nine-plus years in multiple sudden-death cases. Bear is the nickname of the novel’s protagonist. 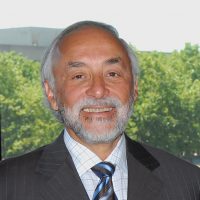 “Their defense was that death was not due to the Taser Gun but rather to some entity called excited delirium, and that the individual got so excited and was delirious and had cardiac arrest and death on that basis,” said Zipes, a distinguished professor emeritus at the Indiana University School of Medicine and author of 16 medical textbooks. “I basically debunked that concept.”

Zipes published a paper in “Circulation,” an America Heart Association journal, in which he presented eight cases of sudden death and detailed its connection to Taser use.

Zipes said the company forcefully denied the assertion but had to add the possibility of sudden death, though remote, in their literature.

“I achieved my goal, which was to educate users of Taser that a shot to the chest was a potential cause for sudden death,” Zipes said. “Taser finally acknowledged (it). There were multiple lawsuits with great recrimination. Taser has a superb panel of lawyers who fought me every inch.”

In the novel, Zipes refers to the Taser as an electric gun.

“Bear’s Promise” was published in late 2019 and is available on Amazon.com. Zipes took two years to write the novel.

“I’m still busy as the author of several cardiology journals and textbook and write a health column for the Saturday Evening Post,” Zipes said. “So, I had to squeeze the novel into my spare time.’’

“I obviously don’t have his popularity in fiction,” he said. “I have it in cardiology but not fiction. The feedback of those who do read the novels is fantastic.”

Zipes, who turns 81 Feb. 27, stopped seeing patients two years ago and focuses on writing. He splits time between Bonita Bay, Fla., and Carmel.