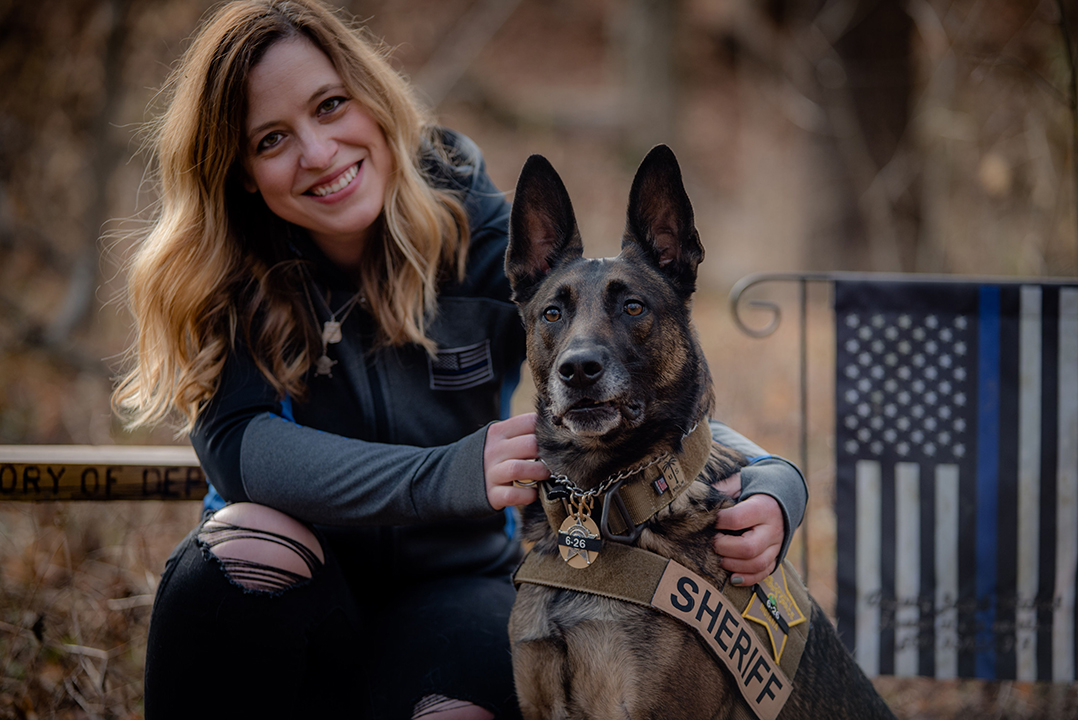 Jacob Pickett was shot and killed in the line duty March 2, 2018. He left behind his wife, Jen, and their two young sons. He was 30. 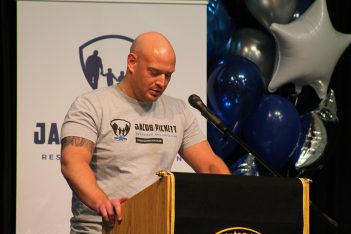 Joe Farinella speaks at the event.

Each year, the organization will advocate for a police family in need of financial support. This year’s family, the Farinellas, is close to the Pickett family. In 2013, Joe Farinella and Jake were sworn in together in Tipton County as sheriff’s deputies. The two forged an immediate friendship and remained close even after the Picketts moved to Boone County.

On Oct. 9, 2019, Joe’s wife, Amanda Farinella, was diagnosed with stage 4 lung cancer, which spread to her spine, ribs, vertebrae, lymph nodes and liver. The family as been dealing with the fallout ever since.

“A 35-year-old mother of two received the worst possible news,” Joe said at the remembrance. “Amanda and I decided to be transparent with our girls and tell them the news that day so they wouldn’t hear it from anyone else. I’ll never forget that day, looking into my wife’s eyes, sitting in the hospital room, looking at my 9- and 11-year-old daughters, telling them their mom has cancer.

“It’s a pain that no family should ever have to endure.”

“I had always been careful at work, but I never thought about dying, even with Pickett and Jake Calvin (a Tipton sheriff’s deputy who died in 2014 in the line of duty) always on my mind,” Joe said. “My thought process had changed. On my first emergency response since returning to work, I was driving a bit slower, more aware, thinking to myself, ‘I cannot die because my girls need me.’

Joe said it wasn’t until a close friend reminded him that his daughter’s future and wife’s health were more important than his pride to accept help from the community.

Since October 2019, Amanda has undergone multiple chemotherapy and immunotherapy treatments. Her latest medical scans have shown her cancer has dissipated in certain spots, Joe said, but she will continue receiving treatment.

Jen has asked the community to respond as her late husband would have and support the Farinella family. The organization is collecting donations at remembering626.org/. Help can also be offered in the form of a Boys & Girls Club memberships, help with lawn care or payments for basketball and gymnast camps.

“As an organization, we want to ease that burden and also facilitate that support from the community for them,” Jen said. “They are in the midst of their own struggle, and we are going to show up.” 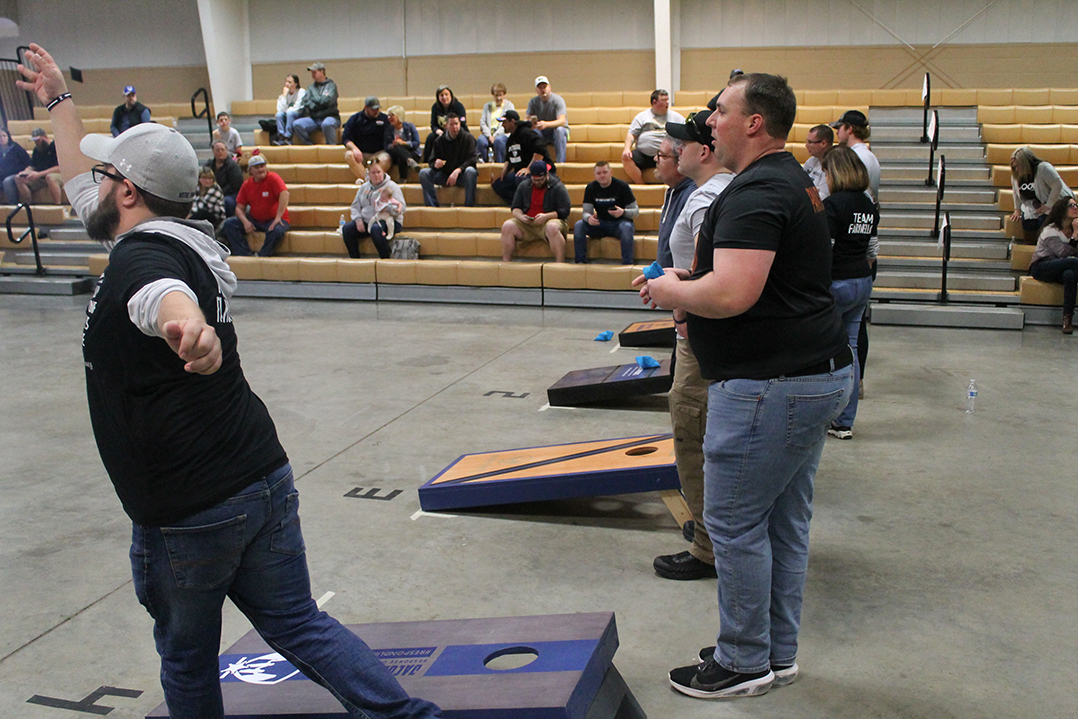 Mitch Dwigans, left, and Boone County Sherriff’s Office Sgt. Craig Fouts compete in a game of cornhole at the event.

Two years ago, Boone County Sheriff’s Deputy Jacob Pickett was killed in the line of duty, but his wife, Jen Pickett, said it is time to move past his tragic death and focus on supporting what he stood for.

While driving to dinner one night, Jake and Jen heard radio reports that tornados had hit an area in southern Indiana. They decided to drive down for the weekend to help with relief efforts. He sent an email to coworkers to see if they’d like to donate any items.

“From there, it snowballed into a department-wide effort led by Jake with a box truck and a cargo van full of donations with 15 volunteers for two weekends with items donated by local schools and companies,” Jen said. “That is the amazing thing about people’s inherent desire to do good. When we lost Jake, you stepped up for me and my boys. You made a meal, sent a letter, donated to the memorial fund, mowed my grass, volunteered to watch the boys, sat with me and played with my children.

“You showed up, and you responded. You are responding like Jake.”

Jen said it was hard for her to accept help at first, and, at times, she said she tried to push it away. But she said it made a difference. Now, she wants the Jacob Pickett Response Organization to do the same for other police families and reduce the financial toll unexpected tragedies can exact.