You are at:Home»Current in Carmel»Carmel Community»Aria offering COVID-19 tests for general public willing to pay out-of-pocket

COVID-19 testing is now available for the general public without a physician’s order.

Indianapolis-based Aria Diagnostics began offering the tests April 16 for those who choose to pay the $175 fee out-of-pocket. A physicians order is still required to bill the test through a health insurance plan.

Anyone interested in being tested may visit ariadxs.com to fill out a testing form and pay online. After receiving a confirmation email, Aria staff will contact the patient to schedule the test. 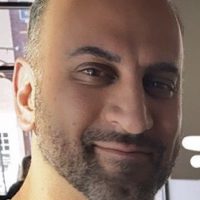 The company announced last week it would donate 50,000 tests to New York City, which has recently been the epicenter of the pandemic in the U.S. Aria previously donated 2,000 kits to the Indiana State Dept. of Health, which only requested 500 kits, Khan said.

Khan said he decided to donate to New York City after watching news coverage of the pandemic’s effects there.

“You’ve got to be pretty heartless to say, ‘I’m not going to help them out,’” Khan said.

Since then, New York officials announced they will purchase 50,000 kits per week from Aria, and they’re working with the lab to begin assembling their own test kits locally.

“We want to be the training grounds, saying ‘Here’s the template. Here’s how you can do it in your city,’” Khan said.

ISDH officials said every state has experienced challenges obtaining testing supplies and that it has been working to expand testing in Indiana through partnerships with Eli Lilly and other labs.

Khan said Aria has plenty of supplies to keep producing tests in the short-term, but he is working with a San Diego-based company to produce testing swabs on a 3-D printer in case there is a shortage.

“We’ll drive American ingenuity to meet demands in this storm we’re in,” he said.

Khan expects testing to ramp up as local, state and national officials determine how to re-open the economy, especially if it is to happen as soon as May 1, as some have suggested.