You are at:Home»Current in Carmel»Carmel Community»Carmel High School basketball coach picked to lead All-Star team that won’t get to play

Carmel High School boys basketball coach Ryan Osborn was selected to coach a team that will never take the floor together.

Osborn was named the coach of the Indiana Boys All-Star team, but just more than two weeks later the annual boy-girls doubleheaders with Kentucky June 5-6 were canceled because of the coronavirus pandemic. 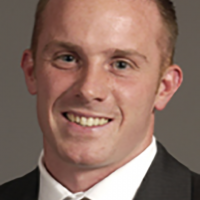 “It’s a big-time honor,” said Osborn, whose Greyhounds won the 2019 Class 4A state title. “I’m humbled to be selected to coach the team. You tell your kids all the time if you are able to have some levels of success, they are typically rewarded. I think this is kind of the same case. They have a high level of success as a team and because of the level of success they’ve had, I’ve fortunately benefited from that.”

Osborn was an assistant coach for the 2019 Indiana Junior All-Stars team.

Indiana All-Stars director Mike Broughton said Osborn and the other 2020 coaches will be considered as possible coaches for the 2021 team, but that decision likely won’t be made until next year.

Osborn’s only concern is helping honor these All-Stars.

“This year’s team was named and I feel very fortunate to be listed on that roster,” Osborn said. “It’s an unbelievable group.”

Osborn said it’s disappointing for the players they don’t get to play.

“As a coach, you look for ways to celebrate their accomplishments, because I don’t want that to be overlooked,” he said. “It’s a special group of guys. Although you can’t get together like you typically would this year, you have to be creative. Their window is a little shorter because they will possibly go their own direction (to college) in a couple of months.”

Osborn said he is hoping for a get-together to celebrate the team when gathering restrictions are lifted or in some online fashion if that is not possible.

Osborn does hope to coach the All-Stars on the floor one day.

“I’ve talked to other coaches who have coached the team and they say it’s one of the coolest experiences they’ve had to spend a week with the team and practice, the opportunity to play against Kentucky and everything that comes with it,” he said.