You are at:Home»Current in Carmel»Carmel Community»Illness among Biobot team leads to delays in wastewater COVID-19 results

The disease the City of Carmel is testing for in its wastewater has led to a delay in getting those results back.

The city announced May 5 that it would use Boston-based Biobot to test wastewater samples for COVID-19 to determine levels of the virus in the city. It soon after sent its first sample to Biobot but is still awaiting results. 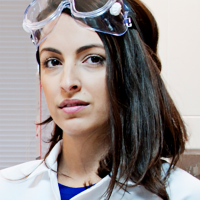 Biobot founder and President Newsha Ghaeli said the testing became backlogged when two lab volunteers developed fevers and other COVID-19 symptoms in early May. She said she does not know if they were tested for COVID-19, but they were asked to follow state guidelines and stay home for at least 14 days.

“We had them and their immediate team members stay home,” Ghaeli said. “Even though we’re all so motivated to do this work, that’s what’s caused a significant backlog in getting samples processed over the month of May and getting data back.”

Both volunteers are feeling better and are expected to make a full recovery, Ghaeli said.

The testing team consists of approximately 10 Biobot employees and five to 10  volunteers from the Massachusetts Institute of Technology and other institutions. Ghaeli said the people who became ill do not work directly with the wastewater samples and could not have picked up COVID-19 from them.

Ghaeli said she expects the team to work through the backlog in the next week or so. Once that happens, results from future samples are expected to be available within five days.

Biobot, which is testing wastewater samples for COVID-19 from 400 sites in 42 states, is transitioning all lab work in-house beginning June 1. Previously, it charged $120 per sample to cover the cost of shipping, but in June the cost will rise to $1,200 to help pay for the increased staffing. Ghaeli said those affected by the backlog who choose to continue testing through Biobot will receive two samples tested for free in June. She also said redundancies will be built into the new system to prevent another backlog.

As the City of Carmel has waited for its results, it has found another solution to test its wastewater for COVID-19. The University of Notre Dame is ramping up to conduct similar testing, and Carmel Mayor Jim Brainard said the city plans to begin sending samples there in early June.

“We could test at 7 in the morning here, drive it up and have an answer that afternoon,” Brainard said.