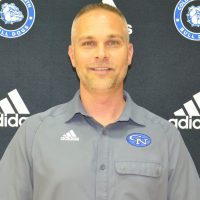 “The biggest attraction is it’s Carmel, and it arguably has the best high school-based athletic program in the country,” Hester said. “I’m familiar with Carmel because I lived in Carmel before I moved to Columbus. In a lot of ways, Carmel feels like home to me.”

In addition, Hester is eager to work with CHS Athletic Director Jim Inskeep, whom he has known for nearly 20 years.

“That was an opportunity professionally I couldn’t pass up,” Hester said.

Hester replaces Bruce Wolf, who had been assistant athletic director since 1994. Hester will begin his new position July 1.

“Any time you come into a new setting and environments, it’s learning a new system,” he said. “I joke that it’s the same rat race, but it’s a larger track, though. I’m looking forward to supporting Jimmy (Inskeep) any way I can. I’m going to help with a variety of things. One of them will be academic eligibility.”

Hester will commute to Carmel for the first year as his stepdaughter, Sydney Hollars, is finishing her senior year at Columbus North. His wife, Jennifer Hester, is the Columbus North dean of students.

Hester’s son, Bailey Hester, plays basketball at Taylor University, and his stepson, Isaiah Hollars, runs cross country and track at Belmont University. His youngest son, Brennan Hester, will be in sixth grade this fall, and daughter Madison Hester will be in third grade.