Jeremiah Cosner had big plans for releasing a single, his album and supporting it with performances this year.

Unfortunately, those plans were slowed by the coronavirus pandemic. 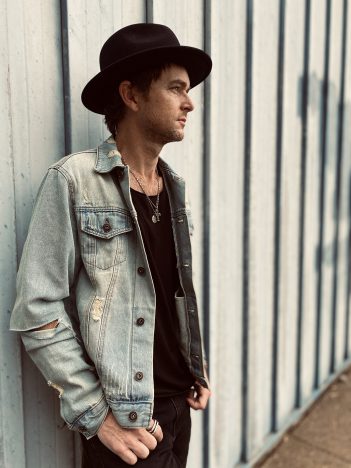 The Carmel singer/songwriter did release his first single, “Home,” in April from a planned 15-song album. His second single, “Recovery,” was released May 25.

“I’m going to release the whole album by the end of the year,” Cosner said. “I’ve got a couple record labels I’m looking at. It’s just about connecting the dots. I could be out playing relentless shows trying to push this album, but that doesn’t look that will be the easiest plan of attack, maybe locally. The ultimate goal is to get back out there and support it organically. I can’t wait for venues to open back up and be ready to play.”

The song “Home” is about being on the road.

“And 1 million and one things keeping you from being home,” Cosner said. “I think it’s something we can all relate to on every scale, trying to make ends meet and make a living. For artists, home is a place to relax, a place to create and a place to reboot and recharge your engines. I think when we hear the word home, we think of a childhood memory or a current situation.”

Technology can play a role in moving music forward.

“But for those of us who do get our kicks from performing live and engaging with other musicians and people with like mentalities, that’s really the passion why we all do it,” said Cosner, whose last performance was at the Burnside Inn on Massachusetts Avenue in Indianapolis in December 2019.

Cosner said he has an arsenal of more than 75 original songs. Many are on iTunes.

Cosner released an album, “Hold Steady,” in Nashville, Tenn. in 2010. He recorded it at the Sound Kitchen studio.

“Since then I decided to learn every instrument. I bought a bass, bought a drum and built a home studio in Carmel,” he said. “I decided to do it all on my own. The process of going to Nashville is so fast. You record a record in two days because everyone has their own agenda. As a singer/songwriter, you wish you could go back and do this and that. I learned a lot. So, 10 years later, I’m playing every instrument and recording everything.”

Cosner describes his music as a triple-blend of folk-rock, country and Americana

The 2002 Center Grove High School graduate earned a telecommunications degree from Indiana University in 2007. He also took classes at the Jacobs School of Music.

“Early on, music was my only way of making a living,” Cosner said.

Now, Cosner is a brand liquor ambassador for Sazerac Products.

“Music is what keeps me ticking,” said Cosner, who lives with his wife, Alyssa, and daughter, Livi,12.