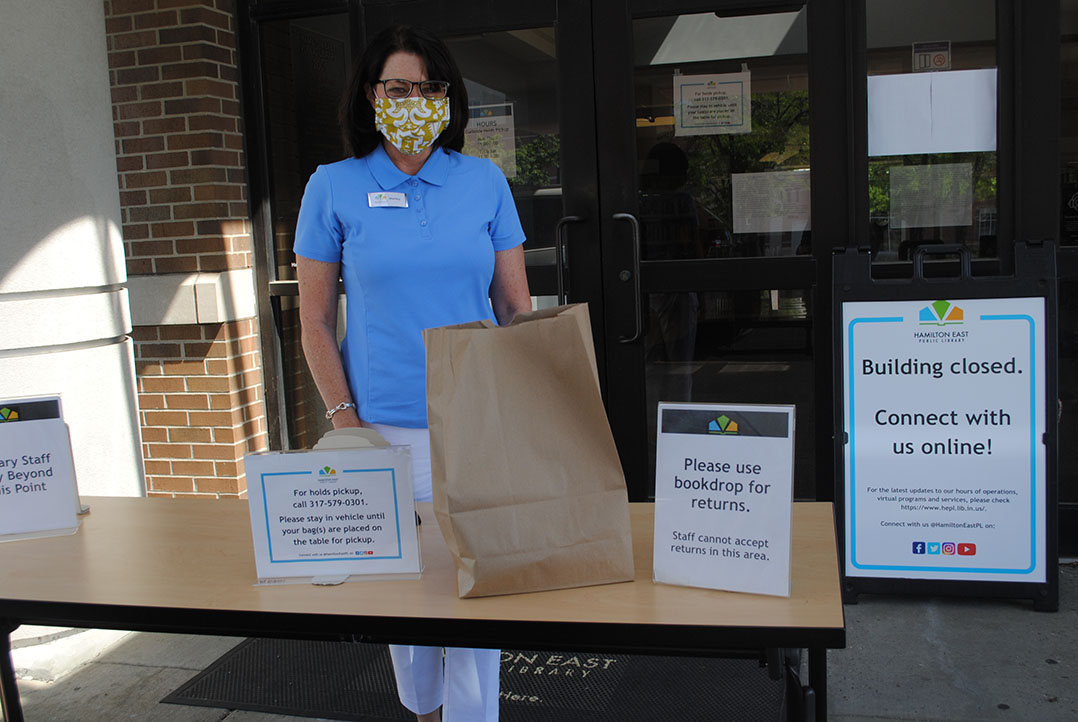 Hamilton East Public Library is doing its part to provide Fishers and Noblesville residents with items in a safe manner.

“The phases align with the stages of Gov. (Eric) Holcomb’s Back on Track plan,” Library Director Edra Waterman said. “We have everything in place for people to place holds like they normally do and then follow the process to come to the library and pick those up. It’s a contact-free system where the person is pulling up and we are putting the materials outside and people are collecting them.”

In addition to items like movies and books being, HEPL also is allowing its seed library to utilize the process. Patrons can call and place holds on the seeds, when then go through the curbside pick-up process. The Ignite Studio at the Fishers branch is making creativity packs available for curbside pick-up as well.

“The creativity pack envelope has everything you need for a creative activity,” Waterman said. “It does not have to be returned. It is something we are offering as another way to keep people engaged and offer a connection to Ignite.”

For the seed library, there are 88 varieties, and patrons are able to take home 15 packs at a time.

Waterman said HEPL is not entirely sure when it plans to open the building to patrons, but it is tentatively set for Stage 4, which begins June 14.

“We are working on figuring out what that access might look like on a limited basis after that,” Waterman said. “For now, we are excited about curbside holds and pick-up. We are building new kinds of services and new kinds of programs, and we are going to be continuing with those throughout this entire period while we work toward getting the doors to the library open again.”

“We had to pivot pretty quickly,” Huffman said. “What used to be our events calendar turned into a virtual events calendar, and we have programming for all ages. The more popular ones are Ignite Studio is hosting a weekly artist meet-up opportunity for artists to come together and have discussions (virtually).”

Other programs that pivoted to the virtual realm include the English as a New Language meet-ups, book clubs and the genealogy group.

“We are expanding at a pretty quick pace our virtual program offering,” Waterman said. “We didn’t disrupt services. We expanded our e-book offering’s digital collection (and) we had digital access to library cards for people who didn’t have library cards. We put many things in place to remove barriers.”

In addition to other virtual offerings, the summer reading program launched June 1 and is completely virtual this year.

Library staff is available through the Chat with a Librarian phone service, in which each service desk has a reference package to help direct patrons in need to public assistance programs that may support their needs. Librarians answer phones from 11 a.m. to 7 p.m. Monday through Thursday, 11 a.m. to 4 p.m. Friday and Saturday and 2 to 4 p.m. Sunday. 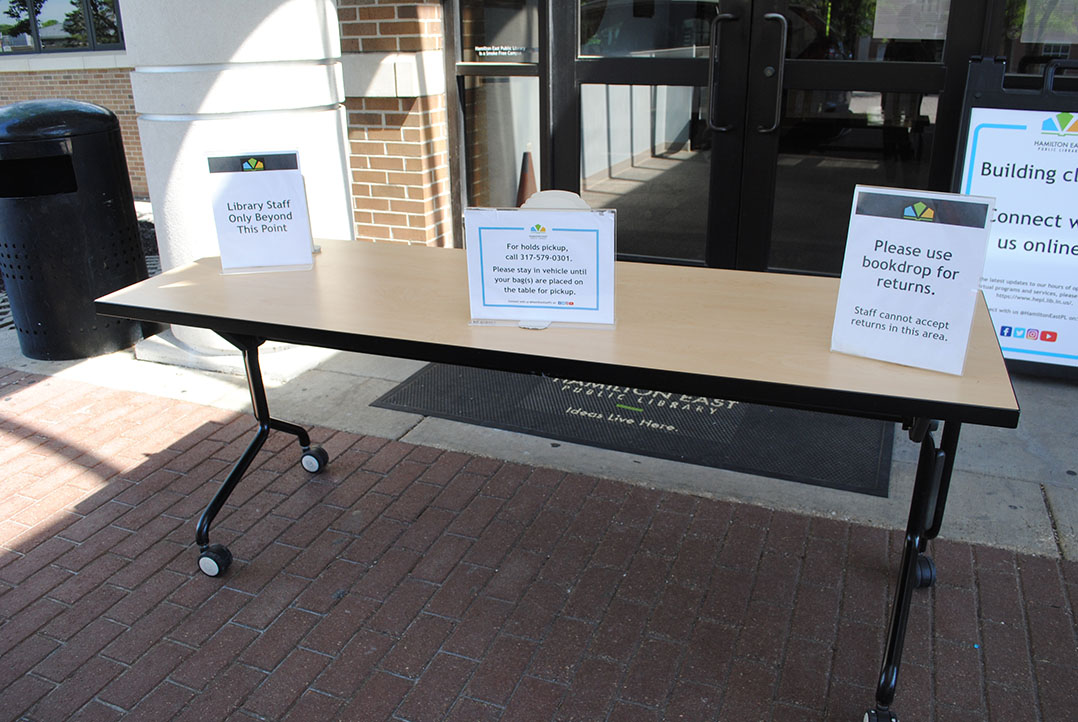 HEPL has a no-contact, curbside pick-up system for library patrons.

In addition to other services, Hamilton East Public Library began expanding its Wi-Fi coverage to reach the parking lots at its Noblesville and Fishers branches so those without Wi-Fi can still access virtual materials. Since launching the parking lot Wi-Fi, 87 people have been served at the Fishers branch. The Wi-Fi attracts approximately 11 new users per week. The service began April 1.