You are at:Home»Current in Westfield»Westfield Cover Stories»The fair goes on: Westfield man provides spot for city families to raise pigs; fair to return with restrictions 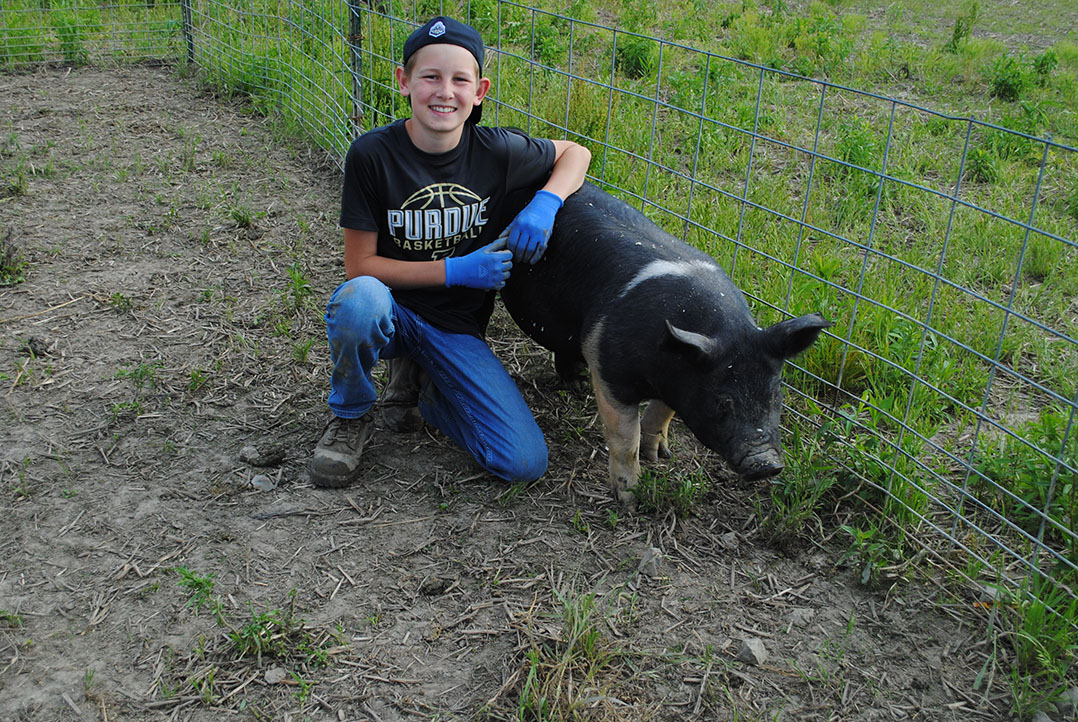 Jackson Davis is raising a pig to show in the Hamilton County 4-H Fair. (Photos by Anna Skinner)

Westfield resident Ben Davis knows that city residents who want to raise pigs for the Hamilton County 4-H Fair likely don’t have adequate space to do it. That’s why he offered his 20-acre farm in Sheridan to allow five families with eight kids to raise their pigs for the 4-H Fair.

Now their kids Jackson, 13, and Audrey, 11, are competing in the Hamilton County 4-H Fair. 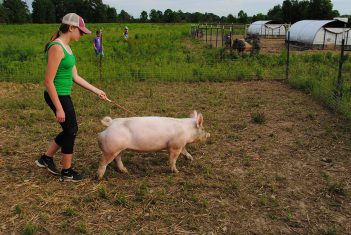 Audrey Davis is raising a pig to show in the Hamilton County 4-H Fair.

“It’s a 10-year program and the soonest you can start is third grade, and it goes up to their senior year,” Davis said. “There’s lots of different projects, and what we’re doing out here is hogs. I have a little farm, and most people in the city don’t have a place to take care of pigs.”

This is the first year Davis is welcoming more families onto the farm. He and fellow Westfield resident Chad Huff have been allowing their kids to use the farm to raise pigs for about three years.

Davis’ kids are fourth-generation 4-Hers. Kids typically raise pigs to fit what consumers prefer in pork products, such as chops, loins and hams. Judges are brought in from outside the county to judge the pigs.

The pig farm has largely been unaffected by the COVID-19 pandemic. Kids still visit the farm every third day for six to eight hours a week for 12 weeks. However, the pandemic has affected the 4-H Fair, which will not be open to the public this year. The fair will only be open to 4-Hers, their families, staff and volunteers. If a COVID-19 hotspot were to develop, the fair would become virtual.

The fair is scheduled for July 16-20, and non-animal projects will be closed judging. Livestock shows will be in a show-and-go format, in which animals won’t stay overnight.

Davis, who is on the fair council, said the pigs typically arrive on the Wednesday of fair week and are judged on Saturday. This year, pigs will arrive on Saturday and go home the same day.

Despite the restrictions, Davis said it’s important for kids to experience the 4-H Fair.

“These kids work so hard. It’s like doing a project and not getting it completed (if there was no fair),” Davis said.

Kids can sell one pig at an auction, which will be held virtually. The auction is a way for kids to recoup some of the money spent on purchasing and raising the pigs for the fair. On Davis’ farm, kids raise either Berkshire or Duroc pigs. 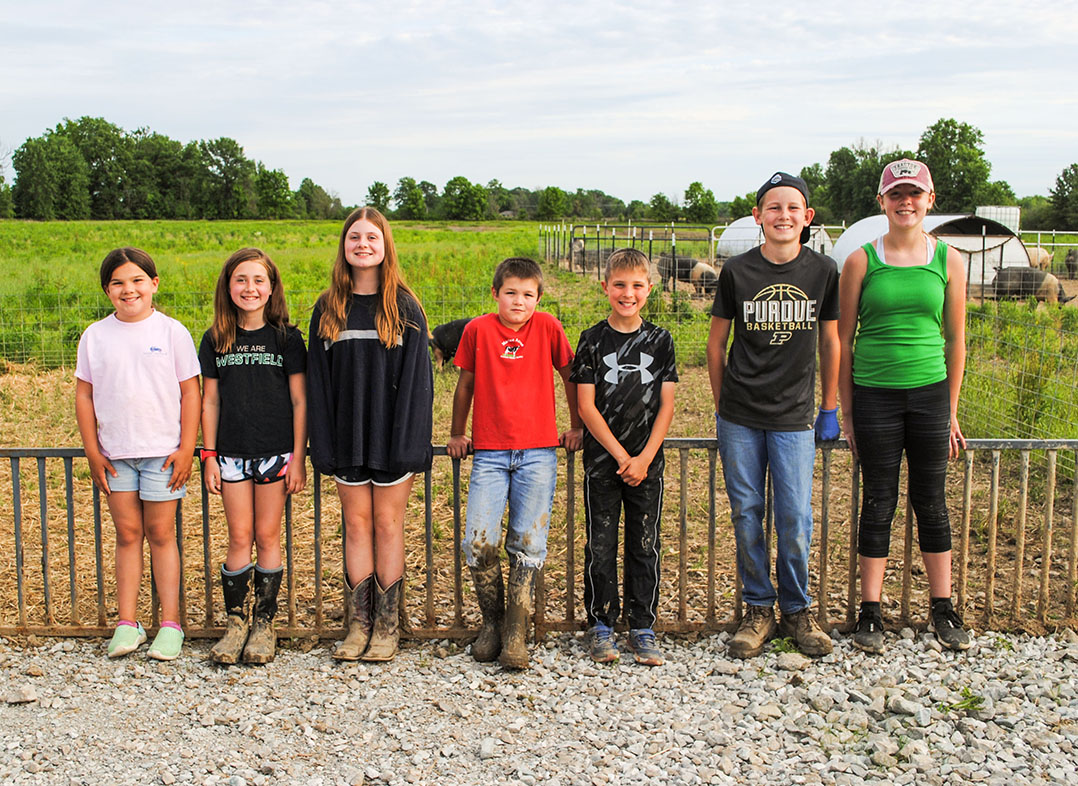 Parents recognize the multiple of benefits having their children participate in the 4-H Fair.

Brian Bishop, a Carmel resident whose child is raising a pig on Ben Davis’ property for the fair, said he grew up in 4-H.

“I wanted my kids to have this experience, and this would not be possible without what Ben is doing for us,” Bishop said. “It takes a lot of hard work and commitment, but there’s also a connection of taking care of an animal and watching it grow.”