You are at:Home»Current in Carmel»Carmel Community»Radio personality remembered for welcoming nature, kindness

Grisel Barajas loved her radio listeners, and they returned that love.

“She made sure everyone felt welcome,” said Julio Rolon, known as DJ Rican. “She was very approachable on whatever (listeners) wanted to talk to her about or if they just wanted to say hi or  they were a fan of the station or of her. She welcomed everyone with open arms.” 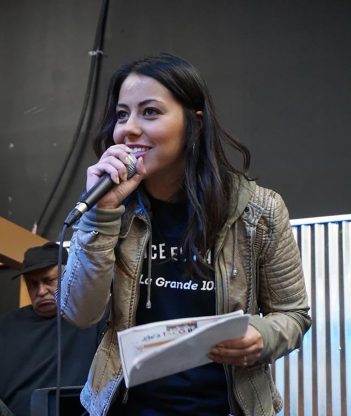 Rolon was a co-host for part of Barajas’ Indianapolis show, “El Relajo de La Tarde,” on Radio One’s La Grande 105.1. Barajas became the LaGrande 105.1 program director in 2018 and also was a host on Telemundo Indy. Barajas, 31, was a passenger in a motorcycle accident, which occurred at approximately 10:16 p.m. June 14 near Hazel Dell Parkway and East 106th Street in Carmel. Barajas died at the scene. Her boyfriend, George H. Ruiz Gil, suffered serious injuries in the accident.

“She would talk about the culture or things in the news,” Rolon said. “We would take people’s calls or we would interview artists that come into town during that hour.”

Barajas would speak both Spanish and English during the show.

Rolon said Barajas was a good listener and patient with callers and people she would meet during events.

“People would come up to her and whatever she had on her agenda, it could wait,” Rolon said. “If they wanted her attention, she gave it. That’s the type of person she was. Very humble.”

Alex G, a LaGrande 105.1 radio host, had been friends with Barajas for five years and frequently worked with Barajas on promotions.

“She was more than a friend, more than a co-worker,” he said. “I always looked at her like my little sister. We shared a lot of great moments, a lot of happiness.”

They seldom talked on Sundays because they both worked the other six days.

“But I talked to her about something Sunday and we had a great conversation and she said, ‘I’ll see you tomorrow at the station. Love you, bye,’” Alex G said. “She was a very happy person. She was always laughing, joking, playing.”

Barajas, a North Central High School graduate, was born in Mexico and moved to Indianapolis with her family when she was younger.