This is the third year the company has presented the award to libraries in the U.S.

“It celebrates how libraries reinvigorate their community, how they support their community through various endeavors,” Ignite Studio Manager Katelyn Coyne said. “Ours is obviously focused on programming and the community space we have here. The award is also given out for endeavors like digitizing collections and creating access.”

Ignite Studio is a makerspace that provides access to equipment like sewing machines, 3-D printers, laser engravers and other materials.

“They were looking for ways libraries innovate and do different things to inspire the community. We applied for the award last fall,” Coyne said. “I submitted an essay I wrote with my supervisor, and we thought Ignite was pretty innovative. They called us and said we were selected for the award this year. They give it out to two or three libraries at a time. It’s nationwide.”

Sirsi Dynix is based in Salt Lake City. HEPL was notified about winning the award in February.

“Obviously, COVID-19 stalled everything,” Coyne said. “We were supposed to go to a conference and accept it in April.”

Instead, Coyne participated in a digital webinar in May.

Prior to the conference, a team from Sirsi Dynix was sent to HEPL to interview patrons and create a video.

“Part of the award is getting this video about our space,” Coyne said. “They haven’t released it yet due to COVID.”

Because the videography team hasn’t been able to access the editing bays due to social distancing measures, the video hasn’t been edited. HEPL hopes to receive the video this fall.

Winners of the Power of Libraries Award receive a lightbulb plaque. Cash or grants are not part of the award.

“Because of the funding structures in libraries, we aren’t able to accept award funding because the vendor works with libraries, and it’s a conflict of interest to give money to a library,” Coyne said. “It’s just the recognition and video. It’s a really cool award.”

The video identified three super-user patrons who spoke on the impact of Ignite Studio.

“One of the things the producer of the video told me is each of the patrons they interviewed, the common thread they praised in Ignite was the staff here and how helpful the staff are and how the staff worked to create a sense of community about making and the maker mindset,” Coyne said.
Seven employees work at Ignite Studio. Three are full time and four are part time.

“We miss our makers. We miss our community, and we are finding new ways to still tap into that group interested in participating with us down here,” Coyne said. “We are still building a community through virtual events, and we encourage people to check out the virtual events calendar and see what’s coming up.”

Virtual events include artists leading classes and programs and online certification opportunities, among other offerings.

“This has been sort of a strange time that’s forced us to innovate,” Coyne said. “The silver lining is we are finding ways to make Ignite even more accessible to our patrons.” 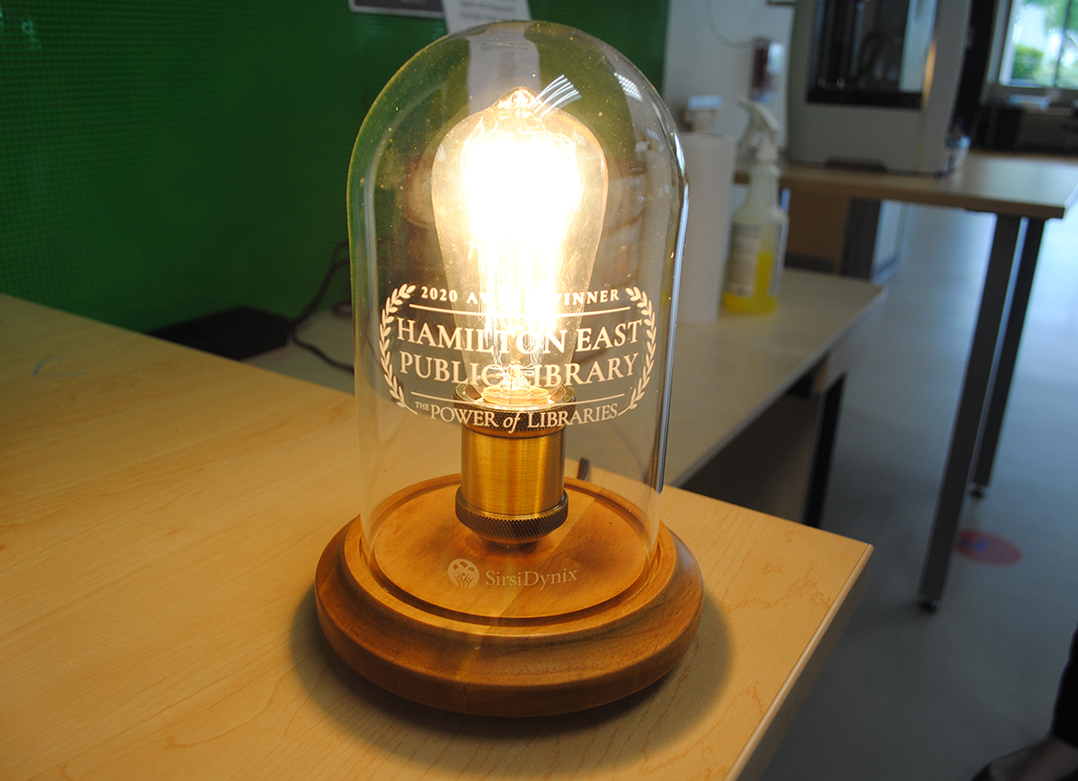 Because of the COVID-19 pandemic, Ignite Studio is open by appointment only. The laser engraver, vinyl cutters and 3-D printers are available by appointment as well. HEPL requests only one person use the equipment at a time.

Typically, the studio features a maker-in-residence for 12 weeks. David Arnold, a limestone carver, was the spring resident.

“He was a champion and really worked with me to put together a slew of virtual programming and Facebook Live events but hasn’t been able to have anyone in the studio, so we extended the life of his residency through the end of July,” Ignite Studio Manager Katelyn Coyne said.