The future of the Westfield Washington Public Library will largely be determined by a short survey, which being conducted through July 31.

The survey began July 1. By the second day, it had generated 302 responses.

Library Director Sheryl Sollars said she wants as many responses as possible.

The survey gauges what WWPL is doing right and how it can improve. Responses could lead to a renovated or new library. A sampling of the 13 survey questions are: How often do you visit the library? Why do you come to the library? What is your favorite thing about the library?

The survey also seeks to learn if Westfield patrons visit other libraries in the county.

“We are pretty sure we are losing some of our patrons to the other, bigger libraries, and we want to know if that’s true or just an assumption on our part and why we’re losing those,” Sollars said.

“That’s really an important question, what they like about that library that we don’t offer.”

Survey responses could lead to the creation of a new library for Westfield.

“We have (explored new buildings in the past), and we started really working on this a year ago from May,” Sollars said. “The library board convened and decided to do a feasibility study on this building, but when COVID-19 hit, that was stalled.”

“It’s still a work in progress, and we are using these survey results as well,” Sollars said.

The WWPL building at 333 W. Hoover St. is outdated. It was built in 1984, and the most recent addition was in 2014 when the teen and community rooms were added and study rooms were renovated. 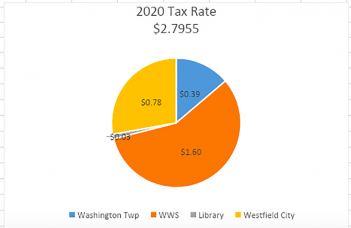 A new building would address more than interior space, though.

“One of our major things we found out is that we obviously don’t have enough parking,” Sollars said. “There are 63 spots, and that includes employee parking as well, so public spaces are around 55.”

Parking spaces quickly fill up during Story Time and other popular events. Even if the library doesn’t relocate, extensive renovations are needed, Sollars said, because most of the HVAC units are 30 years old.

“If we would stay here, it would be a total renovation of the building,” Sollars said. “We looked at options of staying here and of moving to a new place. And cost-wise, it’s no different.”

The survey also asks patrons if they would support a tax increase for a new or renovated library. The library only receives .03 percent of the city’s tax revenue.

“Our tax rate is so low in comparison to everyone else,” Sollars said.

A referendum would not be needed for a new building since the cost would remain below $16 million.

“We are hoping to have a pretty good idea around September of what we are going to be doing,” Sollars said.

How the library moves forward depends on community feedback and what is fiscally responsible.

The Westfield Washington Public Library was originally in the Cave Printing building on Main Street. It was built in 1901 and moved to its current building in 1984.

For more or take the survey, visit wwpl.lib.in.us. 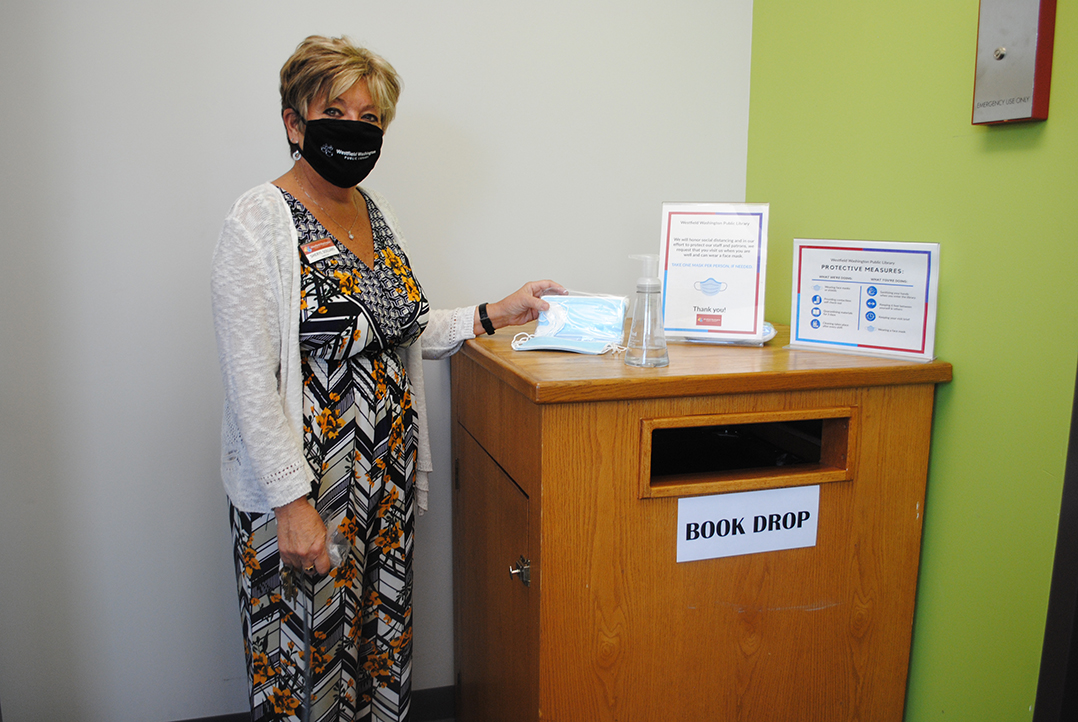 Free face masks and hand sanitzer are available throughout the library. (Photo by Anna Skinner)

The Westfield Washington Public Library has reopened to the public, but there are precautions in place to protect against COVID-19.

“We decided to be closed on Sundays to give us a chance to catch up with some things,” Library Director Sheryl Sollars said. “

The library uses Sunday to quarantine books. Since it cannot use disinfectants because chemicals can damage the materials, the books must be quarantined for 24 to 48 hours following their return to the library.

Patrons are asked to wear a face mask, and some are available for free. There is a dedicated entrance and exit as well. For patrons concerned about COVID-19, curbside service is available. All programs are virtual, and the library is offering carryout crafts for all ages.