Noblesville is one step closer to achieving its alley activation goals thanks to a $50,000 Our Town grant awarded by the National Endowment for the Arts. The grant will allow the city to commission local artists and continue transforming the downtown alleys into engaging, interactive public spaces. 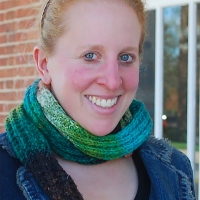 “It strengthens the arts community by providing projects that can help artists sustain their income, and it also helps raise Noblesville’s reputation as a place where the arts thrive,” Nickel Plate Arts Executive Director Aili McGill said.

McGill worked on the grant application with David Hirschle, a senior planner for the city’s Planning and Development Dept. Their collaboration allowed Noblesville to be the lead applicant as opposed to Nickel Plate Arts, which held the title on a previous application that was denied. McGill said that joining forces with Hirschle and therefore displaying the city’s commitment to the proposal was a large factor in their success the second time.

To make the alleys more welcoming and visually appealing, Hirschle and McGill have a number of installations planned, including Gobo lighting, which projects different shapes and patterns and archways. The archways were designed by Kevin Huff, a Noblesville native and graduate of Noblesville High School.

Beyond aesthetic improvements, the grant will focus on fostering Noblesville’s economic development by way of its alleys. McGill and Hirschle listed NobleMade on the application as one of their partners, and they anticipate holding events with the gift shop that spread into the South alley and create exposure for emerging artists. Additionally, the enhanced alleys provide local restaurants the ability to expand their dining rooms outside during the era of COVID-19.

“I think this is a great example of how the city can leverage its partnerships with local organizations and local businesses to catalyze change but also create more good than they could have on their own,” McGill said.