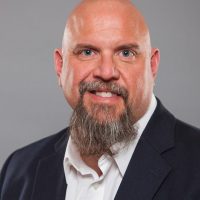 Boone County Commissioner Jeff Wolfe, a Republican, is seeking reelection to the District 3 seat he has occupied for 11 years. The general election is Nov. 3.

A real estate appraiser, Wolfe has lived in Lebanon for 25 years. He grew up on a small farm 5 miles west of Lebanon and jokes that he has, except for his college years, has never lived more than 5 miles from the county courthouse. He graduated from Purdue University in 1989 with a degree in agriculture economics.

Wolfe said he is focused on finding a way to get a sustainable funding source for county highways, bridges, roads and culverts.

“The difficulty the county council has had over many years is that with limited resources it makes it difficult to dedicate a future plan to funding for roads,” Wolfe said. “And with all the different requirements of county government, road funding sometimes is pushed back a little bit, not by the fault I believe by anyone on the county council or past county councils, but it’s just the way things happen.”

“One of the things that is difficult about the commissioner job is how difficult it is to learn,” Wolfe said. “There’s a lot involved in it. But secondly, you have to develop the relationships you need to get things accomplished.”

During his time as a commissioner, Wolfe said he’s developed relationships with local, county and state officials that enable him to establish a wide network of people to tap for advice or assistance when spearheading initiatives.

Married for 20 years, Wolfe and his wife have three children, and their fifth grandchild is expected later this year.