“One of the investments I made was into a fertilizer that was carbon-based,” Brown said. “I ended up testing it out for seven or eight years in China. The areas I went, the soil was pretty bad.” 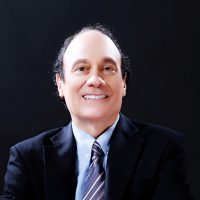 Brown conducted numerous tests of the product across China. He redeveloped and worked on the formula, working with several universities and consultants. Brown, a 1973 Carmel High School graduate, returned to Carmel two years ago with his family.

“We got a great agronomist and his wife that helped me here like I got help in China,” Brown said. “We got two factories to make it here. We got the label approved by the state of Indiana.”

Brown said his company recently started selling the products. The company had done testing in Hamilton County and Carmel.

The soil enhancer is pet- and child-friendly, Brown said.

Brown said the company has sold to several farms in the last few weeks.

“We believe our (soil) amendment, if they use it in the fall here, will restore the soil,” he said. “We believe in feeding the soil what it needs and healing the soil like you heal a sick person.”

Brown said his company tests to see what might be wrong with the soil and then gets an agronomy report.

“We go back and give our recommendations on how we can make the soil better,” he said.

After graduating from Indiana University, Brown worked in the insurance business and became a real estate investor. He purchased some radio stations, which he later sold.

Brown moved to China in 2002 and lived there for more than 15 years.

“I kept my insurance business here and worked on some international projects,” he said. “I co-authored a couple of books.”