Michael Roberts has a clear motivation for running for public office for the first time. 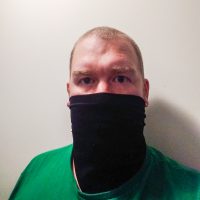 “I am running for Hamilton County auditor to bring true transparency and accountability to the office,” Roberts said. “I have worked in both the private and public sectors throughout my career with my most recent position of the last nine years involving risk management, insurance and regulatory compliance ranging through multiple venues.”

Roberts, a Democrat from Fishers, is running against Republican incumbent Robin Mills for the Hamilton County auditor office in the Nov. 3 election. The Hamilton County Democratic Party announced June 22 that it had submitted paperwork to place Roberts on the ballot.

Roberts, who is married with four children, moved to Fishers from Chicago a little more than a year ago.

“I strongly believe a candidate’s personal beliefs reflect how they will utilize their elected office, especially with national events informing local decisions,” he said. “I will make certain that everyone’s interests will be fairly represented through the office of Hamilton County auditor.”

Roberts received a bachelor’s degree in criminal justice from the University of South Florida.

“I graduated from the Florida Law Enforcement Analyst Program, adding to my experience of managing projects and making sure they were handled appropriately,” he said. “In regards to changes for the position, I would implement a process for citizens and government employees (to have) the ability to securely and anonymously report instances of mismanagement of funds as well as any concerns of fraud so they could be investigated appropriately. I would move forward with taking steps to provide the public the option to securely submit their property tax documents electronically instead of having to go to a physical location.”

Voters may email Roberts with questions at robertsforcountyauditor@gmail.com.