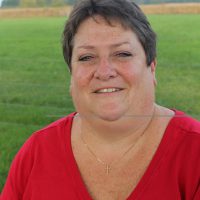 “My passion for serving those who call Hamilton County home was the reason I originally ran,” said Mills, a 1980 Noblesville High School graduate who lives in Cicero. “That passion has only gotten stronger over the years, and I want to continue to build upon the legacy of excellence that is the Hamilton County Auditor’s Office. Helping implement changes over the years has been very rewarding, so helping to move Hamilton County forward is one of the many things that I love about my job.”

Mills, a Republican, is seeking her fourth term in the Nov. 3 election, competing against Democrat Michael Roberts. Mills was first elected auditor in 2000, serving two terms. She began her career in the auditor’s office as a transfer and mapping deputy. She was promoted to accounts payable/receivable deputy. She was then given the opportunity to serve as chief deputy auditor for Jon Ogle.

After eight years as chief deputy, Mills served her first two terms. She then became the chief deputy auditor under Dawn Coverdale before being reelected in 2016.

“I have had the honor and privilege of serving the people of Hamilton County for almost 40 years, 31 years of which have been in the auditor’s office,” she said. “My entire 31-year career in the auditor’s office has been founded on the ideals of transparency and providing everyone with the information they want and need.”

The Certificate of Achievement for Excellence in Financial Reporting has been awarded to Hamilton County by the Government Finance Officers Association of the United States and Canada for its comprehensive annual financial report for 20 consecutive years.

“The Certificate of Achievement is the highest form of recognition in the area of governmental accounting and financial reporting, and its attainment represents a significant accomplishment by a government and its management,” Mills said. “The Award of Excellence in Financial Reporting has been given to the Hamilton County Auditor and her departments, for preparing the award-winning CAFR. Hamilton County’s CAFR has been judged by an impartial panel to meet the highest standards of the program, which includes demonstrating a constructive spirit of full disclosure to clearly communicate its financial story.”