You are at:Home»Current in Carmel»Carmel Education»Carmel Clay Schools begins preparing for pandemic-related decrease in state funding 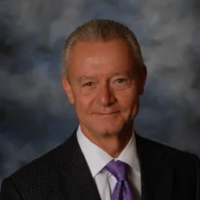 “Our education fund is funded through sales tax and income tax,” McMichael said. “We know for sure the pandemic has had a major impact on both of those, but it’s a delayed process.”

McMichael said he’s seen early estimates that the district could lose 5 percent of its funding from the state for 2021-22, which would feel more like 8 percent, since the district typically receives at least a 3 percent increase in state funding each year. The state legislature will convene in January 2021 to determine the school funding formula for the following two years.

The rainy day fund will receive a transfer from the operations fund. CCS had been planning to use those funds on facility needs.

“We’ll live within the financial resources that we have, whatever they are,” McMichael said. “It doesn’t mean it won’t be painful, because it will be, but we’ll intend to do the best we can, given the circumstances.”

McMichael said when the Great Recession led to funding cuts from the state, it took six years before CCS began receiving the same dollar amount as it had before the Recession.

“We have no idea what the time frame will be from the pandemic,” he said.

CCS has spent more than $2 million so far in response to the pandemic, with more than half of that total allocated to pay additional educators needed because of the virtual class option. McMichael said he doesn’t expect that total to rise much this school year, and he expects CCS will return to normal staffing levels next school year.

The proposed budget for 2021 leaves the district’s tax rate unchanged at .8572 cents per $100 of assessed property value.

CCS will hold a public hearing on its proposed budget Sept. 29, with a final vote expected Oct. 26. All meetings are at 7 p.m. at the Educational Services Center, 5185 E. Main St.