You are at:Home»Current in Fishers»Fishers Cover Stories»Foundation of faith: Couple celebrates 74th anniversary

Wayne and Joan Caldwell have been through a lot together during the past 74 years. The couple met as children in Sunday school when they lived in Kansas, and they were married shortly after World War II.

“We were farm kids in Kansas, and we lived 6 miles apart,” Wayne said. “We went to the same church and Sunday school, and I first met my wife-to-be when she was 2 years old. We saw each other on Sundays regularly, and then I went to World War II to the southwest Pacific in the Army Air Corp. for three years. When I came home, the little girl had grown up.”

Wayne returned from the Army in January 1946. He married Joan in June 1946 at her parents’ house on a Thursday.

“In the country, you didn’t worry about that (getting married on weekends),” Joan said. “Everybody is doing the same thing – farming. It was 10 o’clock in the morning, and my parents prepared for it and had a nice setting for just immediate family. We had a favorite pastor of ours perform the ceremony.”

“It didn’t take long when you knew each other and when I was that long away from home,” Wayne said.

On their first date, Wayne and Joan attended church together. Wayne became a minister after his military service.

“Church was an important part of our lives back in those days, and it still is,” Joan said.

Wayne and Joan are members of Fall Creek Wesleyan Church in Fishers. Wayne said their Christian faith has kept them together for the past 74 years.

“The glue that has held us together is daily devotions of Bible reading and prayer,” Wayne said. “Before we were married and when I went to her home near Wakefield, Kansas, and before I left every evening after a date, we knelt in prayer together, and that’s how I departed from her home every time I had a date with her.

“We were from the family that was really devoted to God.”

Wayne said they raised their children the same way.

“Before they went out the door to school or anywhere, they heard us pray for them that God would be with them,” Wayne said. “I would advise every couple to make sure that they remember God as a creator, and that he has given them a gift, and that gift is a new day.”

For their 74th anniversary in June, the Caldwells celebrated at home with their daughter. Their cake was half vanilla and half chocolate.

“We are shut in because of this virus, but we have enjoyed getting out and doing things together,” Joan said. “We like going to the state parks of Indiana, and we did family retreats there every year until the recent years. That has been a real important thing to get our immediate family together for a weekend. We enjoy playing games together, going out and doing some miniature golf or something like that. We read together. What can you say at this age? We enjoy being together.”

The Caldwells did not want to disclose their age. 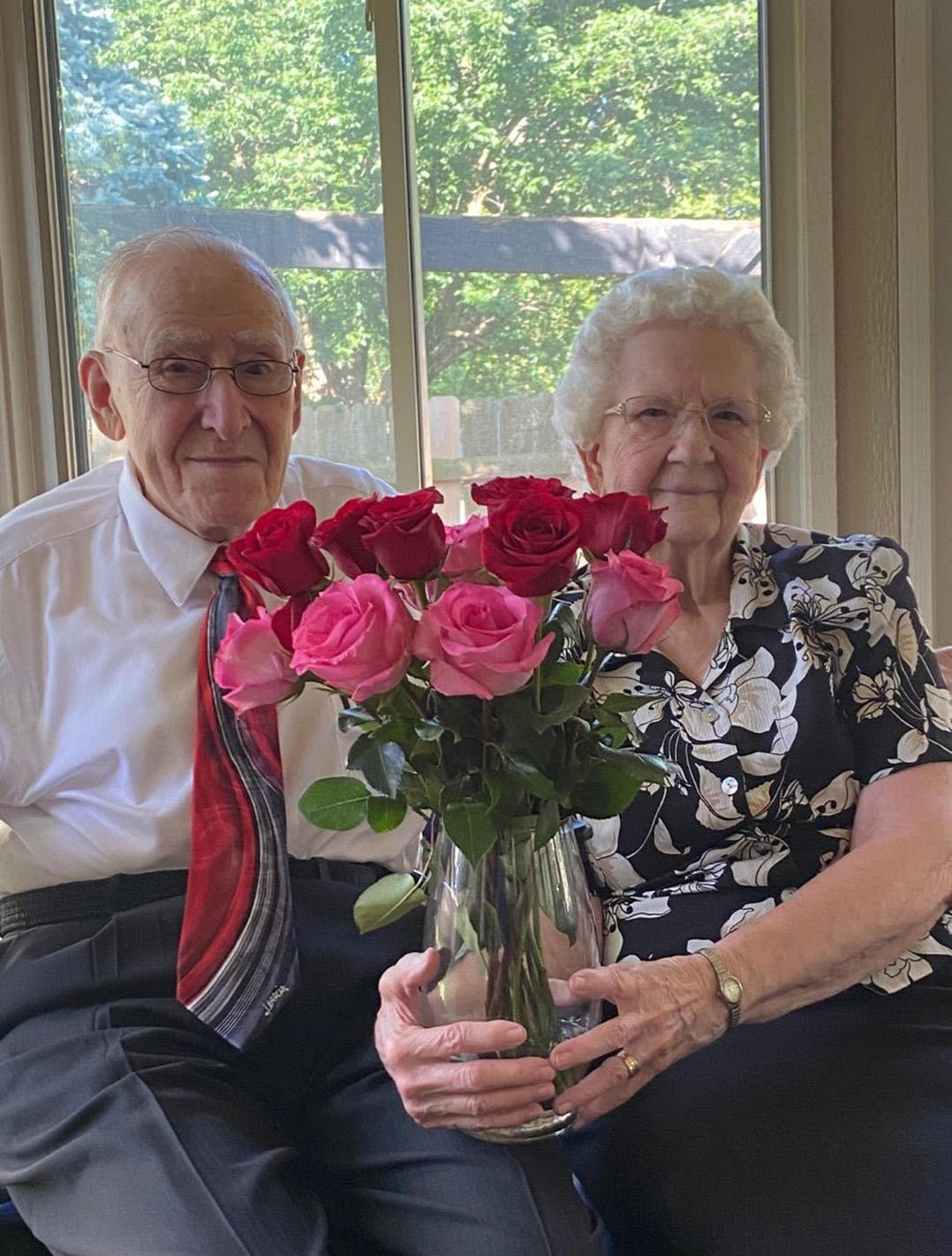 Giving back through the years

Wayne Caldwell served as a minister from 1946 to 2008, and he also worked as a college professor. Joan worked as an office manager for a number of years. Both are retired now.

Wayne also said his wife worked as a local seamstress and is an outstanding cook.

“She does needlework and has sewed hundreds of baby garments and blankets for all the children in the church,” he said. “When they’re born, they get a baby blanket.”

Growing up, Wayne aspired to be a veterinarian for farm animals.

“Rather than being a veterinarian, an animal doctor, God called me to be a minister, a doctor of souls,” Wayne said. “At the end of the war, that’s what my work has been.”