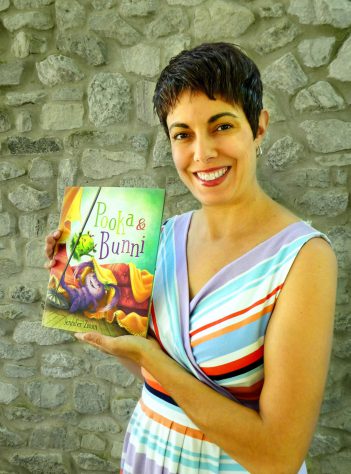 Carmel resident Jennifer Zivoin has illustrated more than 40 children’s books, but none is quite like the one that was released Sept. 1.

“It’s one of those once-in-a-lifetime opportunities when you get to work on something that’s iconic,” she said. “So many people have said to me since they heard I was doing (this project), ‘I sang this to my kids when they were little’ or ‘This is one of my favorite songs.’ It’s almost surreal to be a part of it. It makes you want to do your best work because it’s something being connected to something iconic and you want to do it justice.”

The competition to get the assignment was stiff.

“I had to submit sample art with other illustrators being considered for the project,” Zivoin said. “It was a long process of being selected.”

The 1999 Carmel High School graduate was chosen as the illustrator in February 2019.

“It took the rest of the year because James Patterson had his ideas of what he wanted to see in the book,” Zivoin said. “The band and their manager had ideas and concepts. A lot of things got rejected and a lot got accepted. The book (was) finally finished at the end of January 2020.” 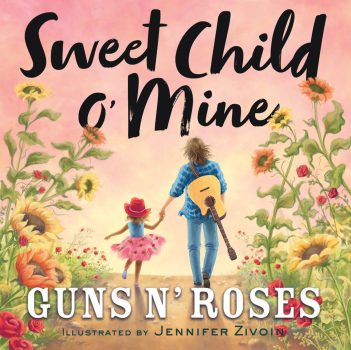 Jennifer Zivoin of Carmel illustrated “Sweet Child O’ Mine,” a book based on the Guns N’ Roses song. (Submitted photo)

Zivoin said with two of the original band members being from Indiana, including lead singer Axl Rose, it made sense to set the book in the Midwest.

“A lot of the scenes I used are from here in Indiana, places where I’ve taken my own kids,” said Zivoin, who has two daughters, Olivia, 9, and Elyse, 5. “The landscapes are inspired by places people in central Indiana have been.”

Zivoin was working on a few projects at the time, including the first book she has authored and illustrated, “Pooka & Bunni,” which will be published in November by Magination Press.

“When you are a storyteller either with words or visuals, you love to tell your own story,” Zivoin said. “This is something that was in the back of my head as something I’d like to do, authoring and illustrating my own book. But I was waiting for the right story and waiting for the right moment and this was it. I reached the point in my career where I felt confident in my illustration ability. I think all parents have moments from their kids’ lives that they like to tell.”