Ronda Owens-Demer knows there’s a need for housing for people struggling with mental illness, so she is trying to fill it.

Owens-Demer, a psychiatric nurse practitioner for Aspire Indiana Health, recently purchased a house in Noblesville with her husband for her new nonprofit, Healthy&Dwell. She’s accepting donations to fill the house with furniture and prepare it to house up to five residents. 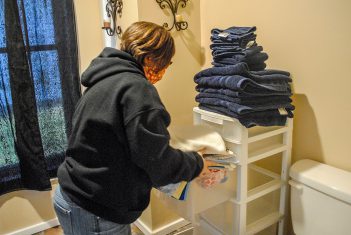 The house will provide a safe residence for people with mental illness, with staff providing medications.

“Back in the day, they would keep people with mental illness in state hospitals and oftentimes they could earn privileges and be able to wander the grounds,” Owens-Demer said. “Ultimately, they were cared for, and they had access to food and medicine and were safe. Well, there was a big push in the ‘90s to get people out into the community. I work in mental health, and what I was coming into contact with was, ‘OK, Joe Smith has an injection for an anti-psychotic that he gets every month,’ because our staff would go and pick them up or they’ve got family members to bring them to their appointment.

“But if they live alone, they’re not checking blood sugar or taking their hypertension medication or any oral meds at all, so they are not managing physical health. They also might have difficulty with meal prep or general everyday caring for themselves.”

Healthy&Dwell will provide a supportive living system for those with mental illness. Residents will pay rent to live in the house.

“I’ve been thinking about this for about a year now,” Owens-Demer said. “We would have life skills instructors or case managers to help them manage bills or getting to the grocery. They might come in for social group.”

Owens-Demer said the staff will provide injections each month and also visit once or twice a week to ensure the residents have their needs met. She plans to start renting out rooms in January, and she already has plans for expanding.

“Right now, we don’t have any 24-hour staff or anything, but ultimately, if we grow and find funding to do that, then I would love to have someone in the house 24 hours a day just to have somebody there to help with any crisis that might arise,” she said.

Owens-Demer hopes Healthy&Dwell not only meets the medical needs of people struggling with mental illness, but also meets their emotional needs.

“My hope is that it develops into a family-type situation where they’re not lonely,” she said.

Applicants must live in Hamilton County to be approved for residency in Healthy&Dwell.

“Ideally, I would like to keep it to Hamilton County because that’s where there isn’t anything,” Owens-Demer said. “There are some options in Indianapolis and Madison County and the surrounding areas, but as far as anything here, there isn’t anything, which is a lot of the reason why I wanted something.”

Owens-Demer said residents who will reside at Healthy&Dwell might struggle with schizophrenia, bipolar disorder or schizoaffective disorder

“Those are usually the ones that don’t do as well on their own,” she said.

Owens-Demer is still accepting donations for furniture and appliances, such as a washer, dryer and dishwasher. To donate or to learn more, visit healthyanddwell.org. 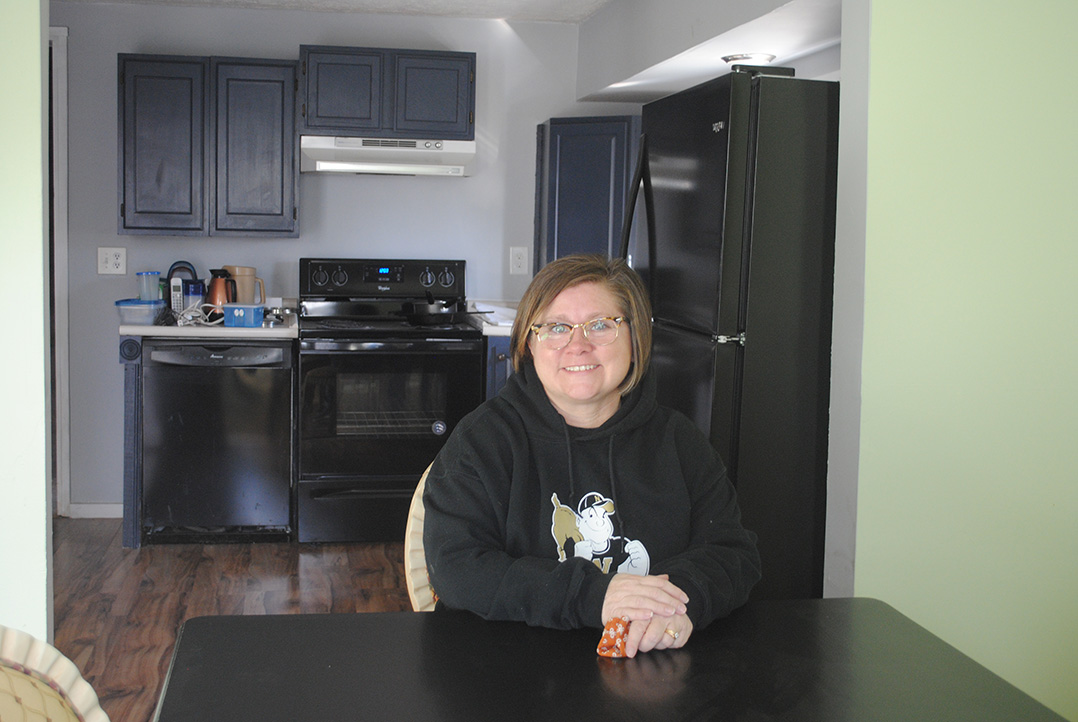 Ronda Owens-Demer is a psychiatric nurse practitioner who is opening Healthy&Dwell, a nonprofit providing housing for people with mental illness. (Photos by Anna Skinner)

In addition to providing services and a living environment for people struggling with mental illness, Healthy&Dwell CEO Ronda Owens-Demer also wants to address other issues in Hamilton County as well.

“I would love to be able to expand to other demographics, such as domestic violence, because there’s nothing to get away from the abuser,” she said. “I would like to have something for that as well as maybe some options for people that are getting out of jail to transition back into the community and programming that way.

“I have lots of dreams,” she said, laughing. “I just want them to have the best life that they can.”