You are at:Home»Current in Noblesville»Noblesville Cover Stories»Fork in the road: City moves forward with B1 route for east/west corridor, IDI Composites International urges different option

Despite some unexpected obstacles along a new route, the East/West Corridor Connectivity Project utilizing Pleasant Street is still under way. 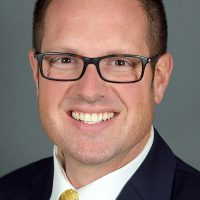 “It’s a project we talked about since the late ‘80s, and it’s been on our published thoroughfare plan since 1995,” Mayor Chris Jensen said. “A huge issue in our campaign when we ran for office was east/west mobility, and on Day 1, I made it clear I was done studying. It was time to move into the action phase.

“I knew it would be a complex project, and I wish some predecessors of mine moved it forward, but I quickly learned (in) the last 10 days why it’s not easy to move forward.”

Studies show the new route would reduce traffic on Ind. 32 by more than 30 percent. Originally, the plan was for the route to pass down Pleasant Street and T-bone at the wastewater treatment plant. The route would then go north across the White River. But in early 2019, the federally and state-recognized Plum Prairie Residential Historic District was established. Some residents consider the district to be Noblesville’s oldest neighborhood, and it has a rich African American history.

“It’s not just structurally historic, it’s culturally historic and recognizes cultural history of that area back in the day, and when that happens, you are prevented from putting a project through a federally recognized historic district,” Jensen said.

As a result, the city had to reroute the east/west corridor. The new alignment, the B1 route, has been approved by the Indiana Dept. of Transportation. It passes down Pleasant Street, near Eighth Street, and bends north to miss as much of the historic district as possible before crossing the river. Although the route misses the historic district, it cuts through IDI Composites International’s property at 407 South 7th St. 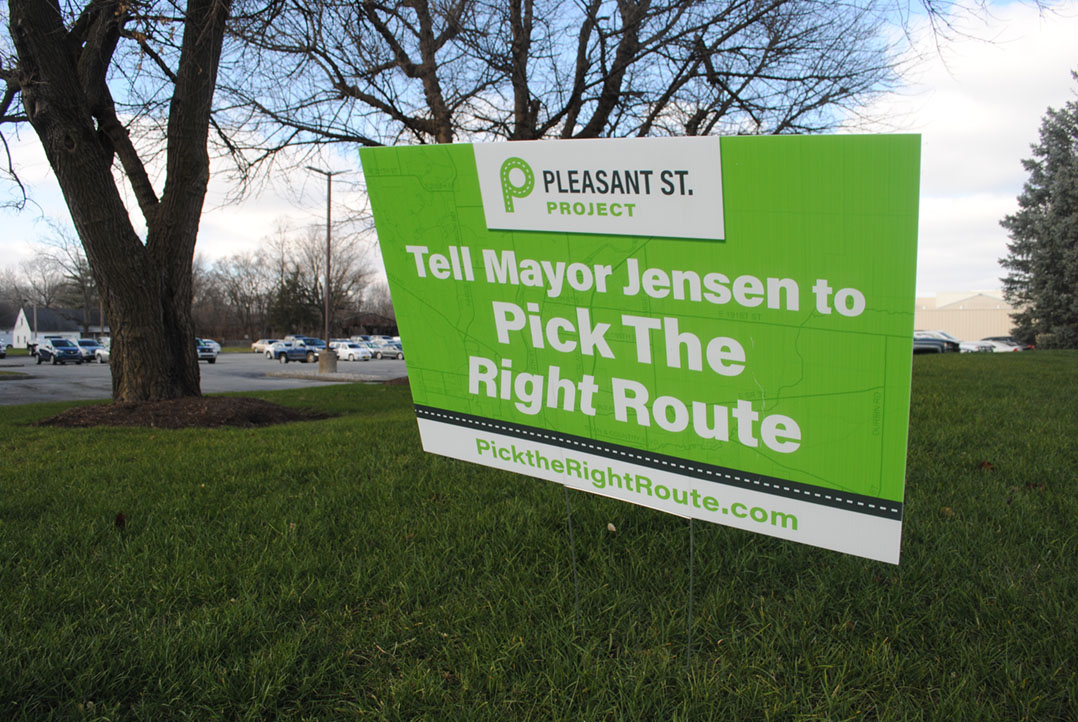 Designs for the B1 route for the east/west corridor pass through the south side of IDI Composite International’s property on 7th Street. (Photos by Anna Skinner)

IDI President and CEO Tom Merrell and his staff recently launched an online campaign, “Pick the Right Route,” to encourage Jensen to find another alignment for the corridor, but Jensen remains steadfast in the city’s decision.

“Anytime you do a new corridor like this or any new project, there are going to be impacts. We are trying our best to lessen that, but we knew early this year there could be some impact to IDI’s property,” Jensen said.

Merrell said the city hasn’t been forthcoming with the designs for the B1 route.

“They’ve shown us a picture and described it, but they haven’t given us drawings or engineer specifications of that nature,” Merrell said. “The B1 route will come along Pleasant Street to Eighth Street and go north a couple hundred yards and then go west right through our property.”

IDI’s building is on the north side of its 6.6-acre property. The southern third of the property is green space and parking space, and Merrell said it provides an opportunity for the company to expand in the future.

“If they come through like they want, we think they’re looking to take 1.5 of the 2 acres that is undeveloped, so that is going to leave us nothing and no place to expand our business,” Merrell said. “We have two problems. One is that prevents us from having any chance of expansion, and we do plan to continue to grow the business, so we will need room to expand, which is one of the reasons we own as big a property as we do. The second is, the way our business is designed is to grow through high-technology conversion projects with materials taking applications from steel to composites, which is what we make here on-site.”

Merrell said large companies such as Tesla, Volkswagen, Chrysler and Amazon have visited or plan to visit the IDI site.

“These are big, high-tech companies that expect to see an operation that looks a certain way, and that would include a campus and room for growth, so we lose all of that with the B1 routing, which is why that makes this site nonfunctional for us going forward,” Merrell said. “Our situation is very simple: If the B1 routing goes through as currently planned, we will have to move.”

IDI has been in Noblesville for 54 years.

“We met with them up until now 1-on-1 nine times to go over that (route),” Jensen said. “They don’t want to see an impact to their property, which we totally understand. We’ve tried to work with them directly to address all their operational goals. We are taking 15 percent of their property, and it’s all parking lot on the southern end. It’s minimally impactful.”

Jensen said the two parties hit an impasse about a month ago when INDOT issued the approval for the B1 route.

“We let IDI know and wanted to continue to talk with them and work with them. They’re obviously right along the route, so we wanted to continue to work with them,” Jensen said. “That was met with a hostile response and they published an open letter in a newspaper (not Current Publishing) and a full-page ad. There are many yard signs calling on me to choose the right route, a Facebook campaign and a website. It was a shocking response. I felt like the open letter they sent out publicly misrepresented the facts around the case and what had transpired.”

In response, Jensen wrote his own open letter.

“I felt like the citizens of Noblesville were owed the truth and facts around the situation,” he said. “I didn’t come to that letter lightly. I felt the public was owed that explanation.” 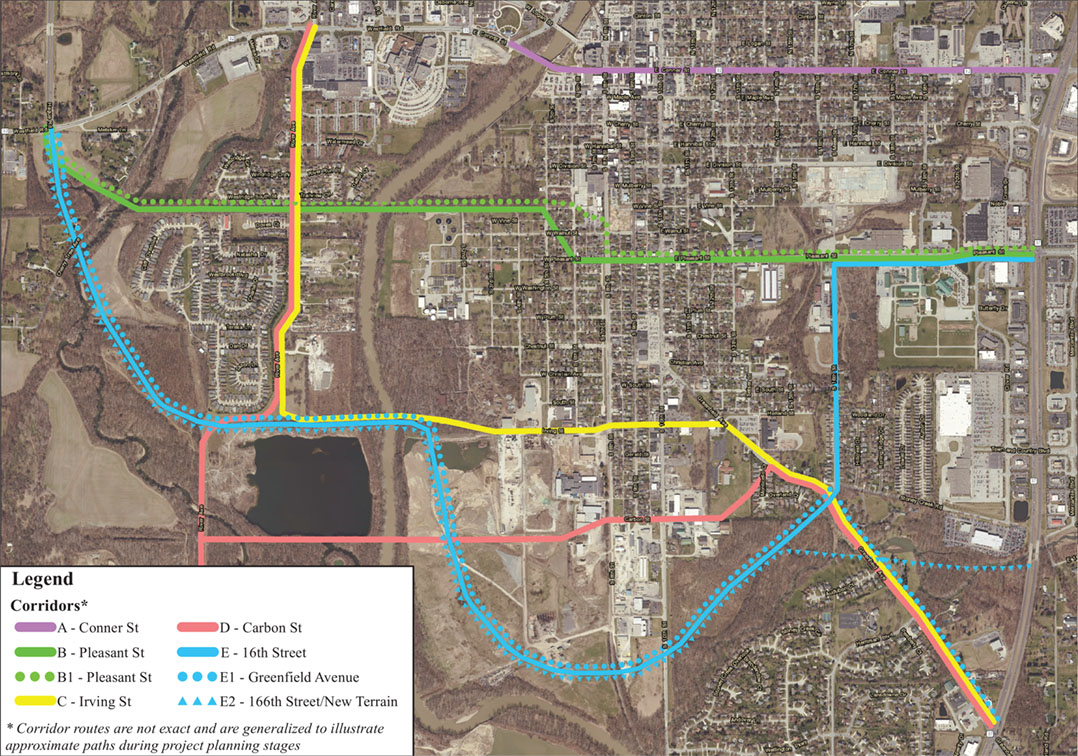 A map of the B1 route for the east/west corridor in Noblesville. (Submitted photo)

Merrell and his team believe the city isn’t doing its due diligence on studying how to direct the east/west corridor through the Plum Prairie Residential Historic District.

“We think there’s a potential for the historic district to have a work-around, and that will take a bit of time and some effort on the city’s part, and they told us they don’t want to spend the time to do it,” Merrell said.

“We didn’t pick anything,” Jensen said. “This was the process we had to go through in order to receive funding, and that led us to this as the viable alternate route with the most minimal impact. This is what the whole process found. I didn’t sit here and make it up.”

Next steps for the east-west corridor

Now that the Indiana Dept. of Transportation has issued approval for the B1 route, the next step is for the city to publish a basic informational piece and create a website for the project in early 2021.

Acquisition will begin in 2021, and letters have already been issued to property owners along the B1 route. Jensen said the ideal scenario would be to break ground by late 2022 or early 2023. Construction will take place in three phases. The first phase will be the corridor from 10th Street to River Road. The second phase will continue the first phase to 19th Street, and then the third phase will be from River Road to Hague Road, where the route connects to Ind. 32.

“All in all, it’s a four-to-five-year process,” Jensen said.