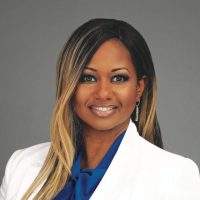 For Tiffanie Ditlevson, the opportunity seems akin to earning a scholarship as a high school senior.

Ditlevson, who has lived in Fishers for the 13 years, was named to the inaugural class of the Indiana Republican Diversity Leadership Series, a seminar and leadership training program that will provide the preparation and resources needed to increase the engagement of minority Republican leaders in Indiana. The 17 Hoosiers will meet monthly starting this month for six months, followed by a trip to Washington, D.C. Class sessions will cover topics including civic engagement, campaign management, communication and all levels of government.

“I see this series as being a wonderful opportunity for me to learn more how the state of Indiana works,” Ditlevson said. “It’s the opportunity to meet people who are key decision-makers and key advocates in our state. The opportunity to have this access to leaders and policymakers in our state is something I’m so grateful for.”

Ditlevson, a former U.S. Air Force officer who is now a real estate professional, ran for Indiana State Senate for District 31 in a caucus Nov. 15 to fill the vacancy left by Jim Merritt’s resignation.

“I was not successful, but one of the things I realized is, this was a gap in the things I knew and understand, so I’m excited to close that gap,” she said.

Ditlevson said running for the State Senate was an ideal opportunity to meet people and learn what is important to voters. The Diversity Leadership Series will be another effective way to engage with like-minded people, she said.

Ditlevson said it will be an ideal place for everyone to expand their knowledge and network.

“I’ve identified as a Republican and voted Republican over the last 20 years, and sometimes I didn’t always feel welcome in certain situations,” she said. “The world is changing and there are so many minorities who have conservative values. We were raised in churches. We believe in being fiscally conservative. We believe in our constitutional rights. We believe in less taxes, less government and a strong military. When you create this opportunity for people, regardless of their background or skin color, to come together based on their core beliefs, I think it moves everybody a step forward. There are so many closet Republicans and closet conservatives. \

“It’s time for the Republican Party to extend a hand and help people join the party. The future of our party is going to depend on growing, inviting and accepting people.”

Ditlevson has lives in several places during her Air Force career. Her father also was in the military, so she moved often growing up.

“I am a collection of a lot of experiences and I’ve lived in a lot of different places and been exposed to many things, but I choose to call Indiana home,” she said. “I love what our conservative values have done for this state.”

Ditlevson said she learned the Indiana Republican Party is about relationships.

“Because I had been a quiet supporter, I didn’t have the relationships that I need to fully be successful,” she said. “I spent time during the caucus meeting people and talking about my ideas and connecting with them on issues. It opened my eyes (that) because of my background and experiences and places I’ve lived, there could be a place for me to really be a leader in the community.’”

Ditlevson went to Georgia for five days to campaign for that state’s two incumbent Republican senators running for reelection in a Jan. 5 run-off.

“I walked 20 miles and knocked on more than 200 doors,” she said. “It gave me a lot of confidence about my ideas and where we want to go with the party and the country.”