You are at:Home»Current in Westfield»Westfield Community»Westfield resident pens first novel at 80 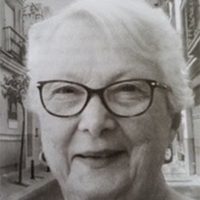 Elaine Wolfe is a busy woman. At age 80, the Westfield resident is a co-owner of The Center for Creative Arts gallery in Carmel. She’s also one of its professional artists. She has a bachelor’s degree in biological sciences, a master’s in vertebrate zoology and a doctorate in education in curriculum instruction and school administration. She is a published author in The American Biology Teacher and The Hoosier Science Teacher as well as a published poet in The National Library of Poetry.

As an artist of many mediums, Wolfe always wanted to write a novel as part of her list of accomplishments. The COVID-19 lockdown provided the motivation and uninterrupted time she needed to finally achieve her goal.

“If I was ever going to write my novel and mark it off my bucket list, this was the time to do it,” Wolfe said. “My mother always said if you are given lemons, make lemonade. So, the COVID was the lemon, and I turned it into a chance to write my novel.”

Wolfe began writing her first novel, “The Spanish Beauty,” in March and completed it in August. She published the book through Lost Legends Publishing, an LLC owned by a friend.

“The Spanish Beauty” is a murder mystery that features a police commissioner investigating the murder of a high-society lady. He assumes the case is straightforward, but further examination turns what he thought he knew on its head.

Wolfe found inspiration for the story in Mallorca, Spain, five years ago when she was visiting her daughter. She heard the faraway “singsong” ringing of an afilador – a professional scissors and knives sharpener – making his way through the streets with a pan flute. That scene, Wolfe decided, would be perfect for the opening of a novel, and she wrote two rough chapters in her art sketchbook based on the idea.

Following the release of “The Spanish Beauty,” Wolfe began drafting her second novel, which will be a sequel. She also still paints in her studio and writes every day. She segments her time so she can make steady progress.

“I put in 40 years as an artist with CCA gallery, and I’ve put in 80 years on this earth, and I’ve finally published my first novel,” Wolfe said. “I just keep putting one step ahead of the other.”