The OneZone Chamber of Commerce organized a virtual presentation Jan. 8 in which local senators and representatives could discuss some of their upcoming bills for the legislative session. The all-county breakfast typically is held at Conner Prairie in Fishers, but it was held virtually due to the COVID-19 pandemic. 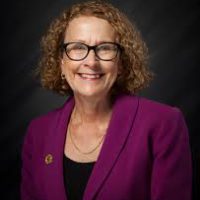 One bill proposes an all-payer claims database in which a portal is available for health care consumers to shop for services based on cost and quality and compare the costs between providers.

“I have another bill that deals with the consolidation of health care within the state, and it will require the attorney general to look at any mergers or acquisitions by hospitals and give its approval to make sure there’s not a monopoly or reducing of competition in that area,” Schaibley said.

Schaibley also has authored a bill asking for an additional court in Hamilton County due to population growth, as well as one servicing endangered adults.

“(The endangered adults bill) will provide certain additional services to people who call the fire department for emergency services,” Schaibley said. “It will allow fire departments to do follow-up work with them and help get them community services to benefit them and link them to services they need and hopefully provide them with better quality of life and also possibly reduce the service calls because they’re actually getting what they need outside of emergency services.” 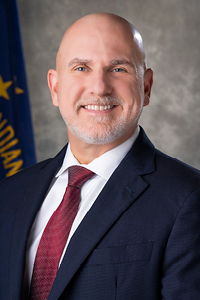 Baldwin currently serves on the education committee and said one of his bills will correct the funding model for virtual education. Earlier this year, school districts learned that if a certain percentage of their students attended school through virtual instruction, they wouldn’t receive full state funding for that student.

“I think there’s broad support for making certain those schools are fully funded even though they could be considered virtual,” Baldwin said.

Baldwin also is co-sponsoring a bill establishing guardrails for law enforcement, such as a five-member state board to oversee Indianapolis Metropolitan Police Dept. in order to reduce political influences. For more on that bill, visit youarecurrent.com/2021/01/04/noblesville-indy-senators-file-bill-to-oversee-impd/.

One bill Baldwin said he is excited about is one regarding broadband in rural communities.

“There are a lot of problems in the rural communities with our agricultural folks being able to get access to the internet service they need to study the data they collect on their fields,” Baldwin said. “We have some problems with our health care systems having access, education (systems) having access. There are kids pulling up to schools or McDonald’s to get Wi-Fi so they can do their homework.”

Baldwin referred to broadband connectivity across rural communities as a “$2 billion problem.”

“We maybe have $100 or $200 million for it, and while I applaud that and support it, it might be like firing cannons into tornados as it relates to the big problem,” Baldwin said.

Baldwin then referenced a bill in the works that will help with that problem by empowering redevelopment commissions to fund local broadband problems locally.