Hugh Syme has a wide range of talents as a painter, illustrator, graphic artist, podcast host and musician.

The New Castle resident is best known for his album covers, including 46 years as art director for the rock band Rush. 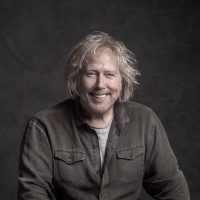 Syme, an inductee in the Album Cover Hall of Fame, created Rush’s iconic Starman logo, although he said he never imagined the band would adopt it as their key brand for decades to come or that it would become so internationally recognizable. In 2015, he published his 276-page signed and numbered book, “Art Of Rush/Serving A Life Sentence,” dedicated to his three daughters (“my three suns,” as he calls them), and celebrating then-40 years as art director for Rush.

Fishers Arts Council is presenting three exhibits by Syme at The Art Gallery at City Hall in Fishers. The January exhibit, “The World at Large,” will feature 13 prints while the February exhibit, “Music and Cover Art,” will feature another 13 prints. In March, the exhibit will conclude with “Music Art of RUSH” with 25 prints exhibited. If COVID-19 protocols allow, a live reception will be held with Syme from 6 to 8 p.m. March 19.

The prints are for sale. Galleries in London, Los Angeles and Austin, Texas are planning exhibits for Syme.

“The music business is not what it was,” he said.

In the age of iTunes, album and CD art is not the same.

“Many of us are feeding off the carcass (of an older era),” he said.

Syme, who was born in Canada, has a studio in New Castle. He moved another studio from Los Angeles to Toronto several years ago because of earthquakes.

“I moved a studio to Toronto because Rush, my oldest and dearest client, was there,” Syme said. “They kept me so busy I was almost commuting between Toronto and Indiana. I love Toronto but I missed my daughters and being close by my daughters, so I decided to build a home here in rural Indiana for the price of a driveway in Toronto.

“Two of my daughters are here in New Castle finishing up their master’s degrees. My youngest daughter, Abbey, is in Indy. She’s a remarkably talented makeup artist.” 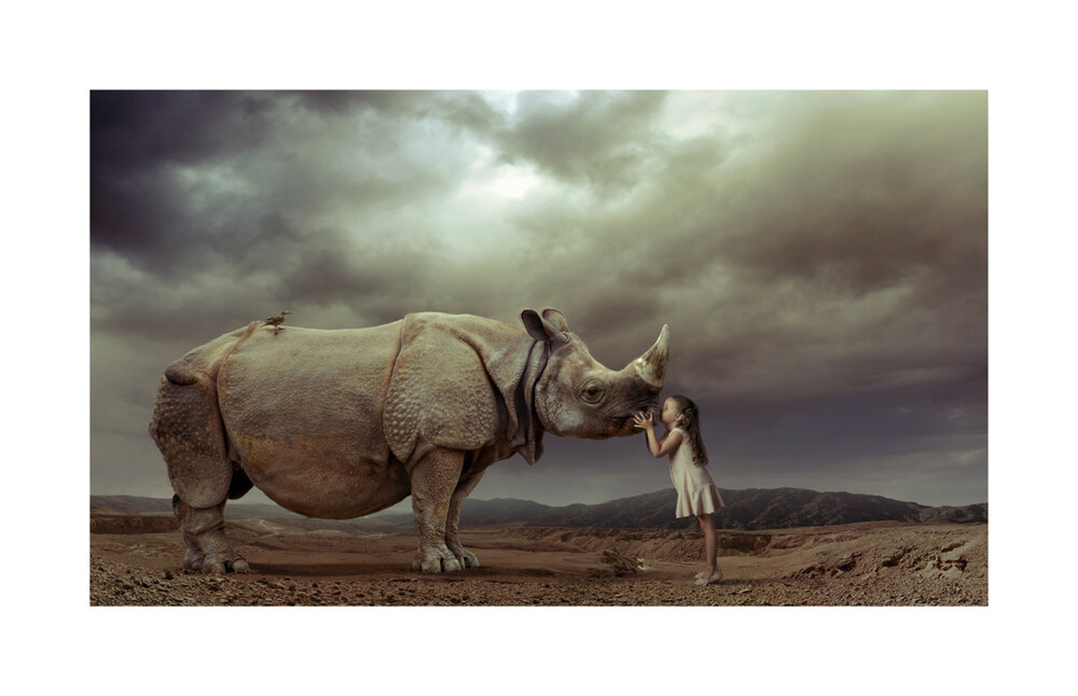 Syme, 68, is working on Rush’s 40th anniversary of commemorative boxsets.

“As each anniversary comes up, I’m called upon to do these boxsets,” he said. “I jokingly say it’s the gift that keeps on giving. It allows me to go back, better investigate, and with fresh eyes I get to read Neil Peart’s lyrics and revisit the imagery. I can harvest imagery with today’s mindset and today’s skillset and create new art for all the lyrics. It’s been both a challenge and a delight to continue working with the band.”

Peart, the drummer and lyricist for Rush, died at age 67 Jan. 7, 2020 after a three-year battle with cancer.

Syme said he used to present album covers to the band in person.

“It didn’t matter if it was Rush, Bon Jovi or Whitesnake, it was all in person, so it was part of the pleasure of working with bands directly,” he said.

Now, presentations are done through emails and the internet.

“So, it’s a pretty faceless endeavor now,” he said.

But it used to be a visit to wherever the band was recording.

“(Rush record producer) Terry Brown would say we should have you play strings, piano or keyboard on this track,” he said. “So, I’ve had that honor or pleasure of having contributing instrumentals for a band that is known for being pretty militantly private.”

Syme also appeared on albums by Jim McCarty, drummer for the The Yardbirds, and was a member of the Ian Thomas Band for several years.

Syme designed covers for all of Peart’s books, completing what will be Peart’s only posthumous publication, “Sports Cars of the 60’s.” He recently finished illustrating and designing musician Graham Nash’s new children’s book, “Our House.”

“It’s based on the song Graham wrote when he was living with Joni Mitchell,” Syme said.

Syme was living in England as a youngster when the British Invasion hit and he was a fan of The Hollies, where Nash was a member before leaving for Crosby, Stills & Nash.

“It was a huge honor for me to go and hang out with Graham,” Syme said. “I would never have dreamt back in the ’60s (that) I would be hanging out with a member of both supergroups.”